7 oldest Russian companies whose goods are still in high demand 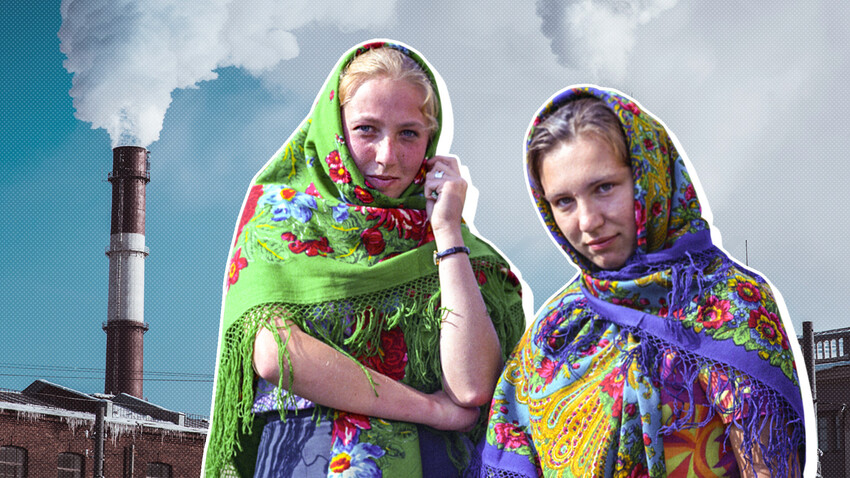 Russia Beyond (Photo: Legion Media; Yuri Abramochkin/Sputnik)
The finest porcelain, woolen shawls with flowers and the most delicious chocolates – these items made by Russian companies 200-300 years ago are still highly prized and sought after.

While in Europe they carefully preserve Meissen, Limoges and Bohemian porcelain, in Russia they still greatly value the exquisite sets of the Imperial Porcelain Factory. 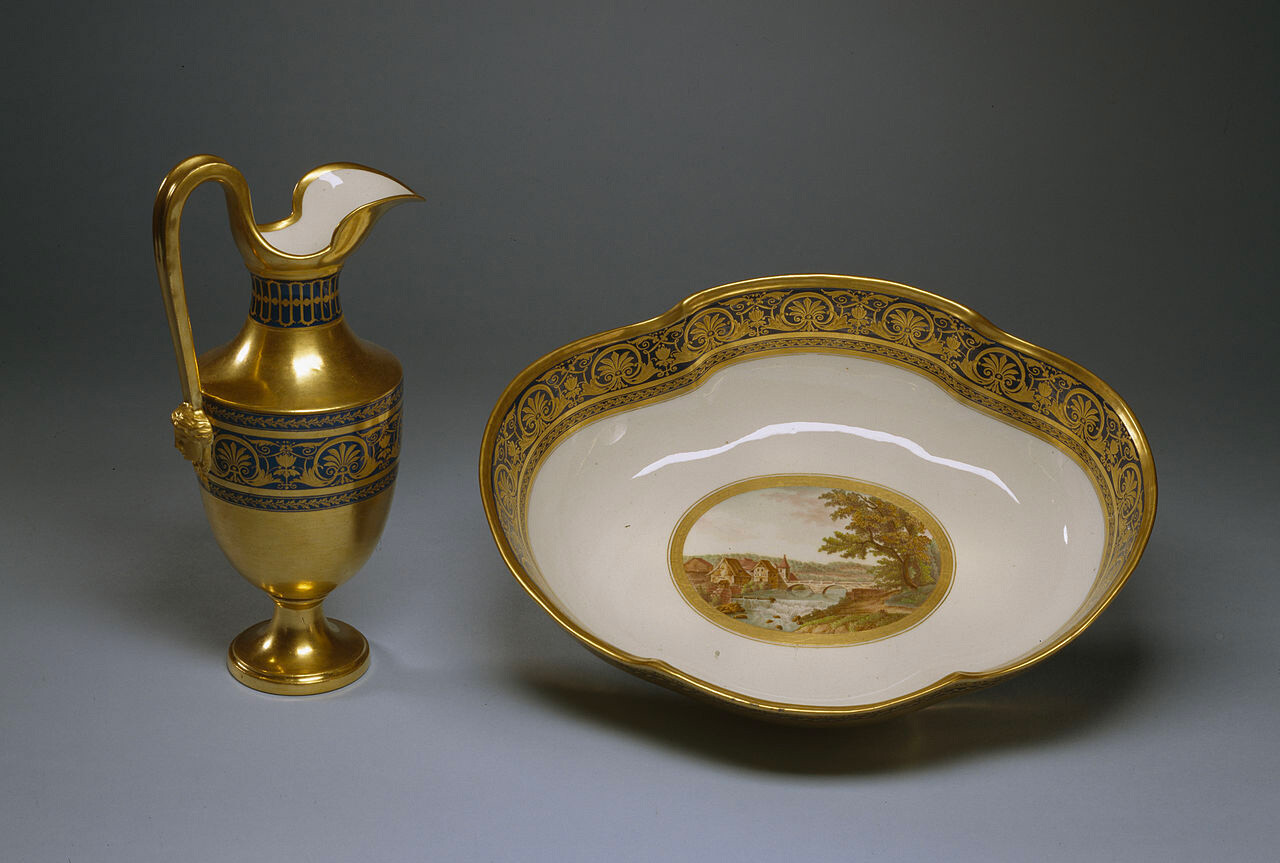 The factory was founded in 1744 as Nevskaya Porcelain Manufactory. In just several years, Russian chemist Dmitry Vinogradov managed to fully establish production – develop the composition of the porcelain mixture, the glazing, the paints for finishing and gold dust for decoration.

He produced the first successful samples in 1747, and in 1756 he designed a porcelain set for Empress Elizaveta Petrovna’s parade dinners. In 1756, the manufacturer received the name “Imperial Porcelain Factory.”

For many years one could see the monogram of the ruling monarch on the bottom of its goods, but today it features the two-headed eagle.

READ MORE: WHY IS RUSSIAN IMPERIAL PORCELAIN SO POPULAR IN THE U.S.? 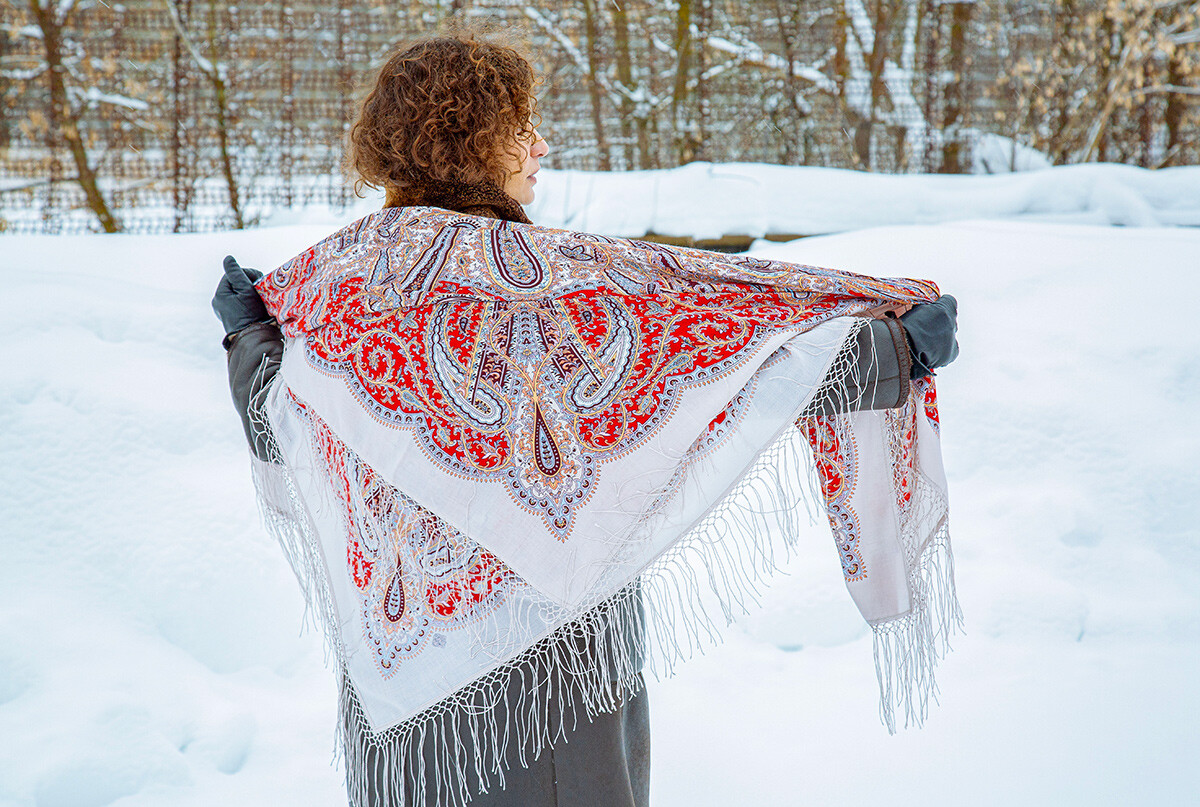 Girl in a Pavlovo Posad scarf in Pavlovsky Posad.

A woolen shawl with a bright flower design is not just pretty but also a practical accessory that can keep you warm during times of severe cold.

The most famous Russian shawls are made by Pavlovsky Posad Kerchief Manufacture that was founded in 1795 on the basis of local silk shawl cottage industries. The production of woolen or semi-woolen printed fabric shawls began in the 1850s. Every shawl was unique. 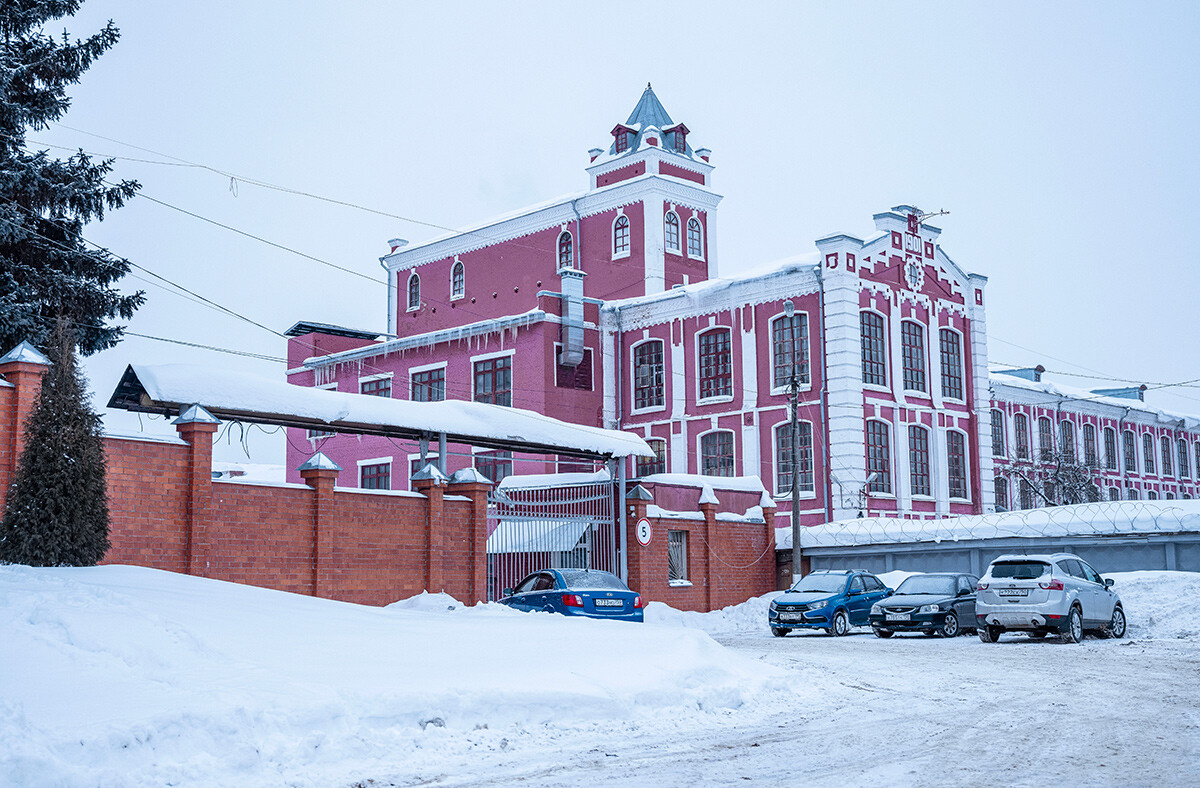 Classic colors for Pavlovsky Posad shawls include black, burgundy and unbleached linen. Later, their palette was expanded. Most often flowers are depicted on the shawls (roses and dahlias), arranged in bouquets or garlands with the addition of ornaments or floral patterns. Every distinct type of shawl has a specific name – “Gathering”, “Crane”, “Scarlet flower”, “White roses” and etc.

READ MORE: 7 TYPES OF SCARVES MADE IN DIFFERENT RUSSIAN REGIONS

Every Russian child’s heart skips a beat when they unwrap “Mishka kosolapy” (“Clumsy bear”) or “Belochka” (“Squirrel”) chocolates. Just like “Vdokhnovenie” (“Inspiration”) or “Babaevsky” chocolate, they’re produced by the imperial-era company, Babayevsky Confectioners (a part of the United Confectioners holding). 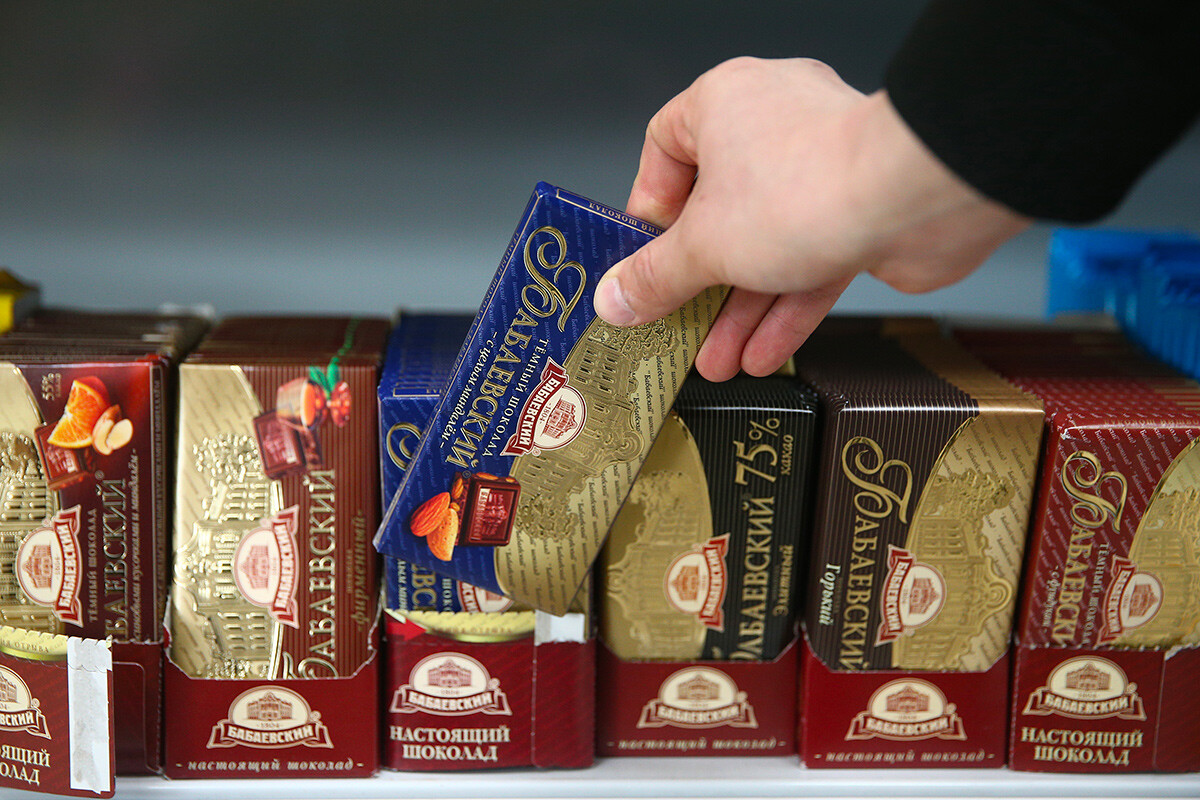 Babaevsky chocolate bars on sale at a grocery store.

The factory’s history began in 1804 when the Abrikosov family of confectioners opened a workshop. Their chocolates, packaged in pretty boxes with cards and puzzles, were much to children’s liking and became an important attribute of important holidays.

After the 1917 Revolution, the company was nationalized, then renamed after party worker Peter Babayev and continued to manufacture chocolate candies. 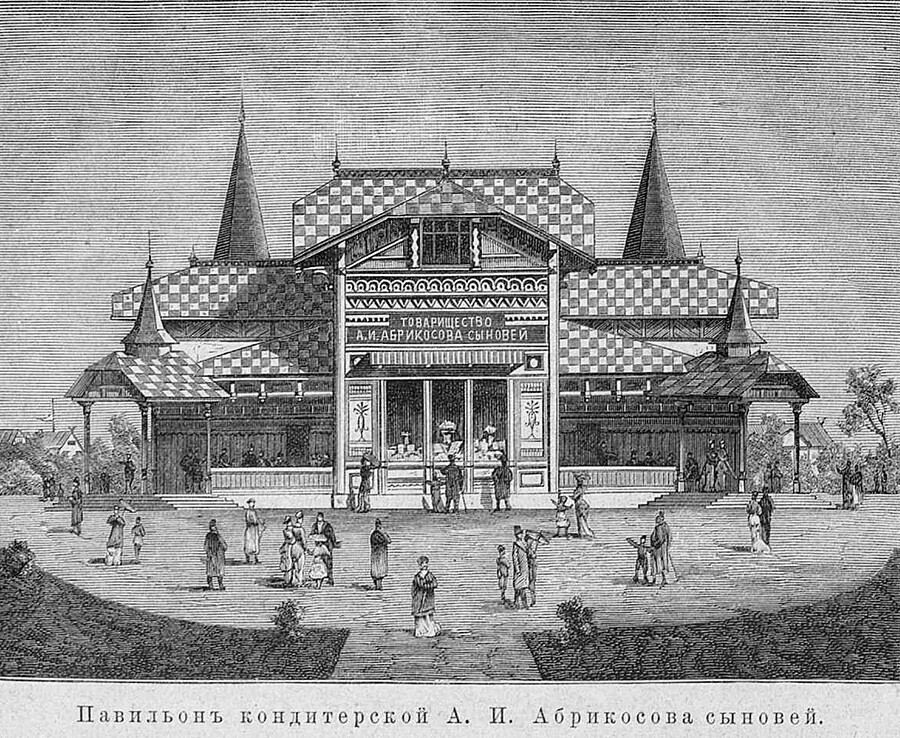 The pavilion of the Abrikosov Sons Company at the Exhibition. Moscow, 1882.

The history of the most famous Russian chocolate factory began thanks to confectioner Ferdinand Theodor von Einem, a citizen of the Kingdom of Württemberg (a historical region of Germany). His candy and chocolate workshop opened in Moscow in 1851, and it supplied chocolates for the imperial family’s table. After the October Revolution, the factory was nationalized and soon after renamed “Red October.” 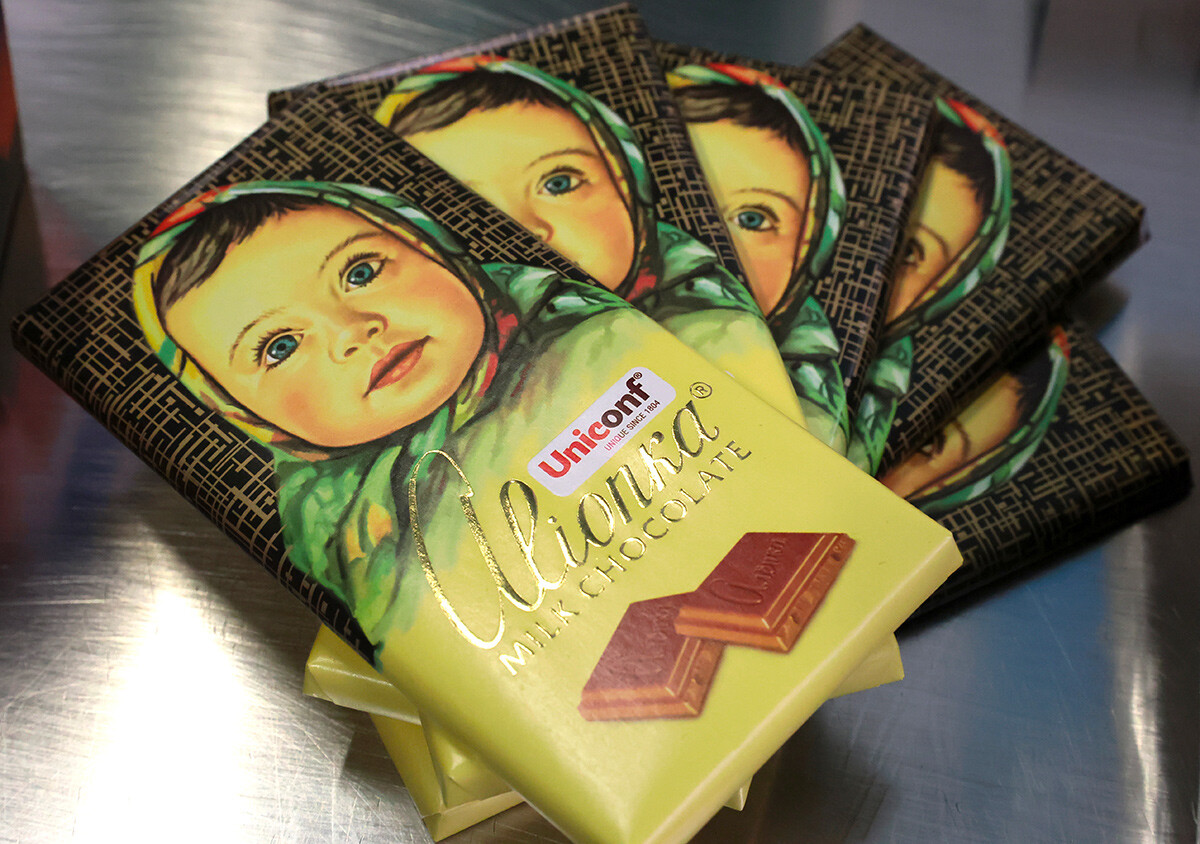 Alenka chocolate at the Krasny Oktyabr Chocolate Factory in Moscow. 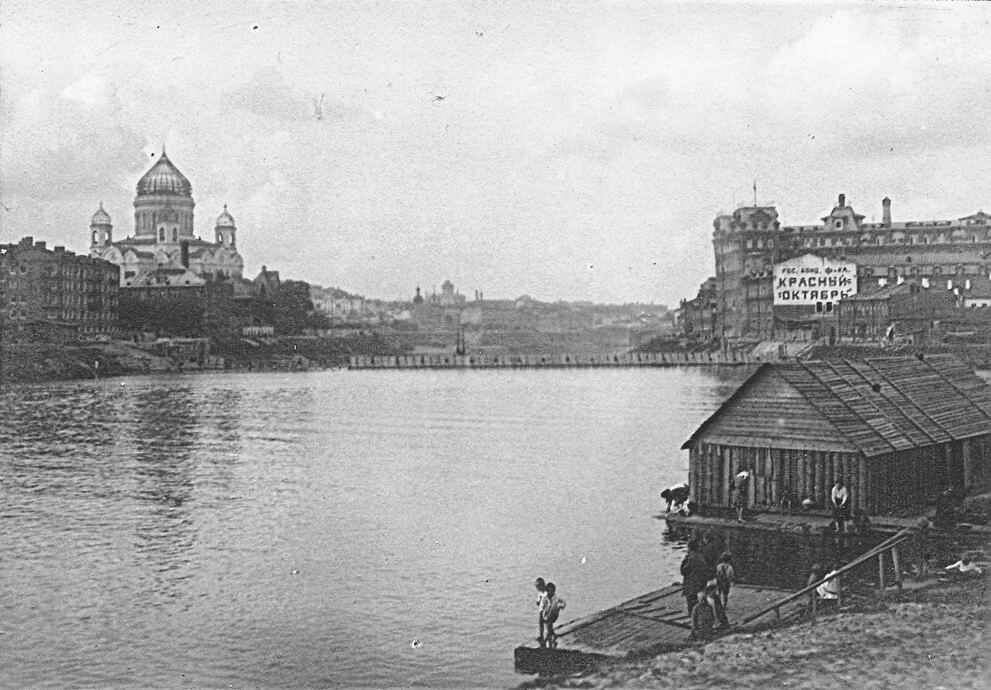 The factory also produced chocolates for important events. For the first human space flight they produced “Kosmicheskiye” (“Space”) chocolates, and for the 1980 Olympics – “Finish”, “Volleyball” and “Ogni Moskvy” (“Moscow Lights”) chocolates. Since 2002 the company has been a part of the United Confectioners holding. 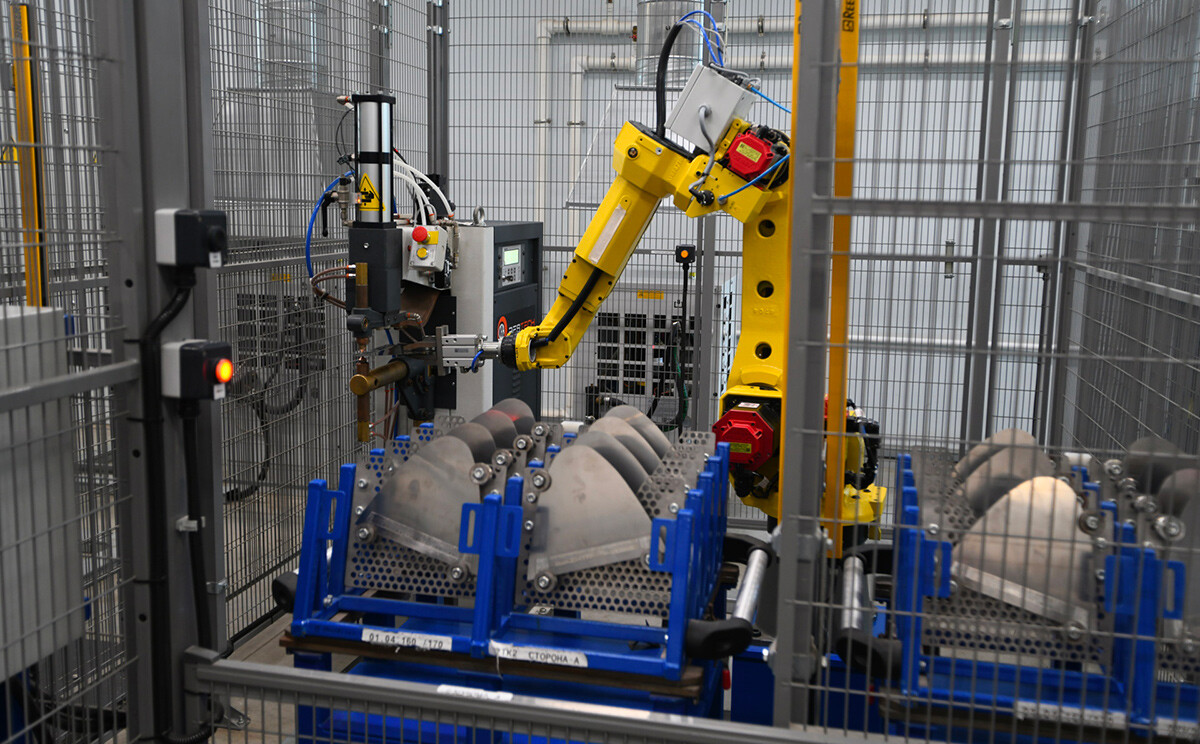 The country’s oldest arms factory was founded in 1712 by the decree of Peter the Great. Back in 1720, the factory produced 22,000 rifles and handguns with the flintlock mechanism to equip the army. In 1749, the mass production of cold weapons began here – blades, sabers and rapiers. 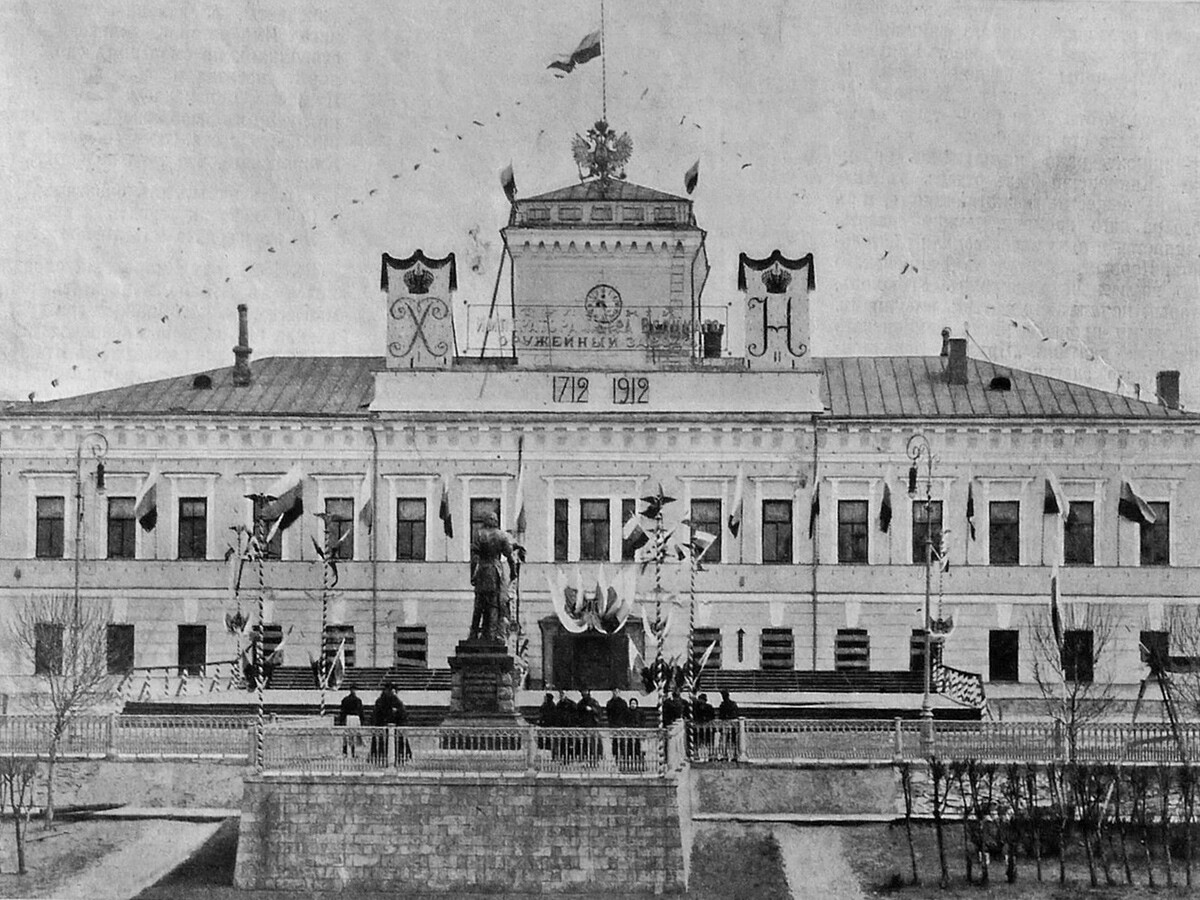 Celebrations on the 200th anniversary of the Imperial Tula Arms Factory. 28 February 1912.

Aside from weapons, it also produces unique pieces of art with facets cut on metal.

READ MORE: TULA, FORGE OF THE RUSSIAN ARMY FOR OVER 400 YEARS 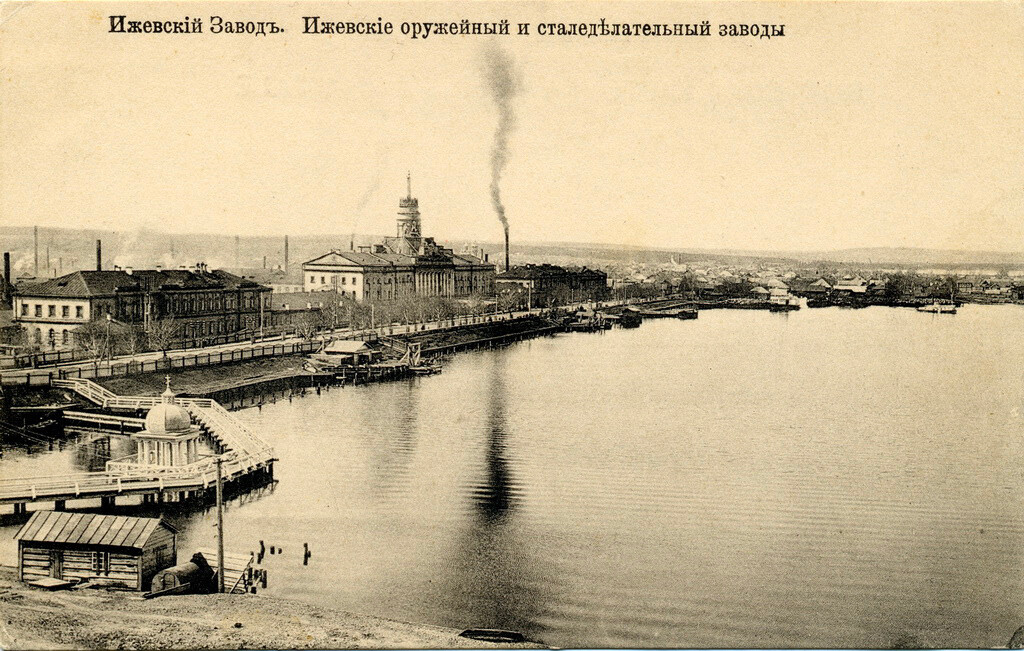 This enterprise in the city of Izhevsk produces about 95% of firearms in Russia. Its history began in 1807 when the Izhevsk Arms Factory was opened on the basis of a destroyed iron mill on the Izh river. More than 200 foreign specialists were invited to teach Russian workers their craft. As such, Izhevsk began the production of firearms and cold weapons for the Russian army.

In 1948, designer Mikhail Kalashnikov joined the specialist team. Soon after it launched the mass production of AK assault rifles. In 2013, the factory was renamed as the Kalashnikov Group. 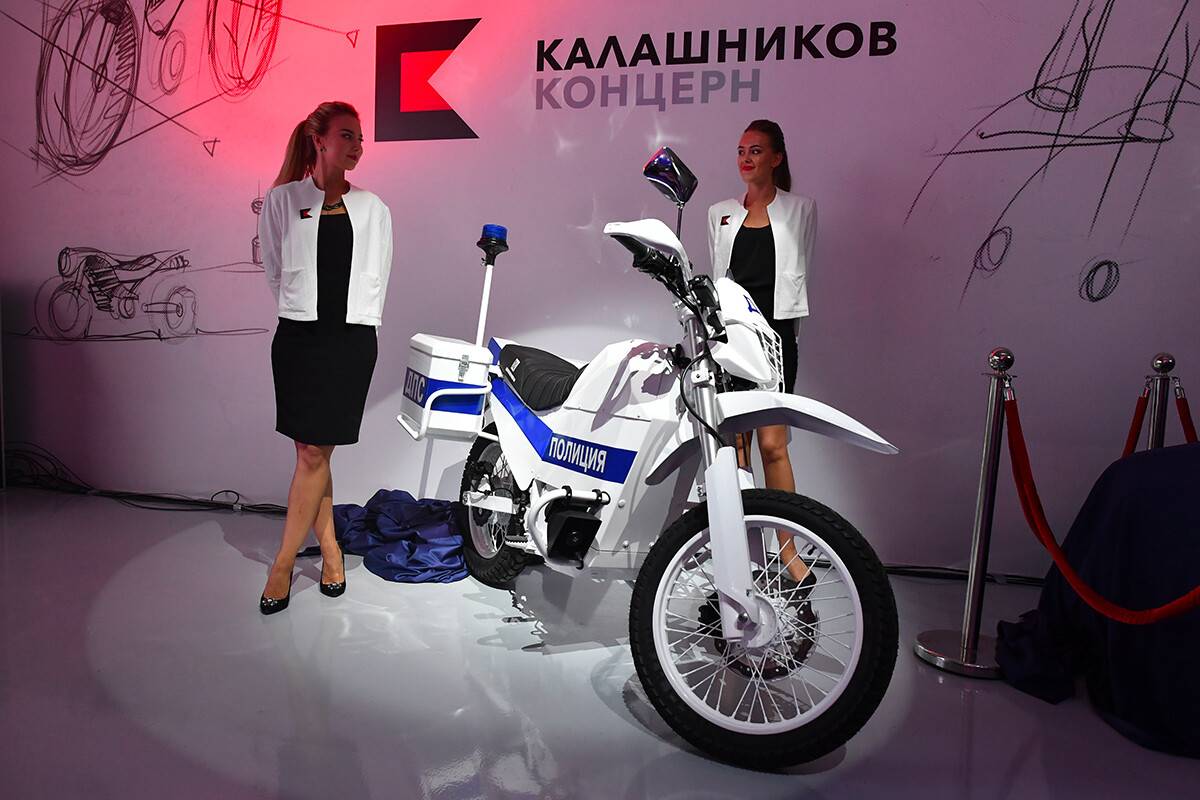 An electric motorcycle for police units, developed by the Kalashnikov Group.

Russia’s most famous producer of sparkling wines originated on a whim of Emperor Alexander II, who in 1870 ordered a winery to be founded near Lake Abrau on the River Dyurso. 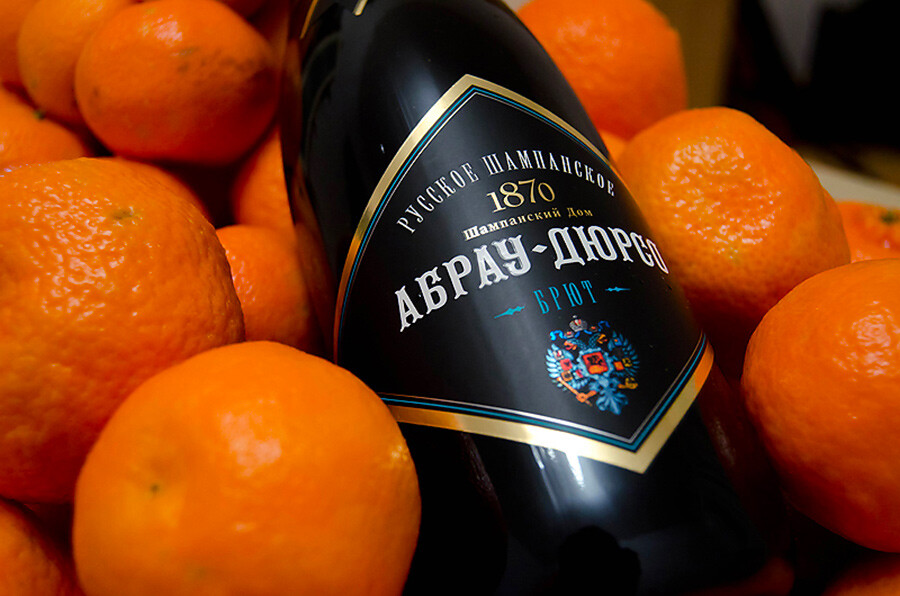 Agronomist Fyodor Geyduk purchased grape vines in Europe. In 1877, the specialists of the winery gathered its first harvest, from which they produced the first local wine. In 1898, this local champagne first went on sale to the general public. Henceforth, Abrau-Dyurso sparkling wines were served at imperial receptions. 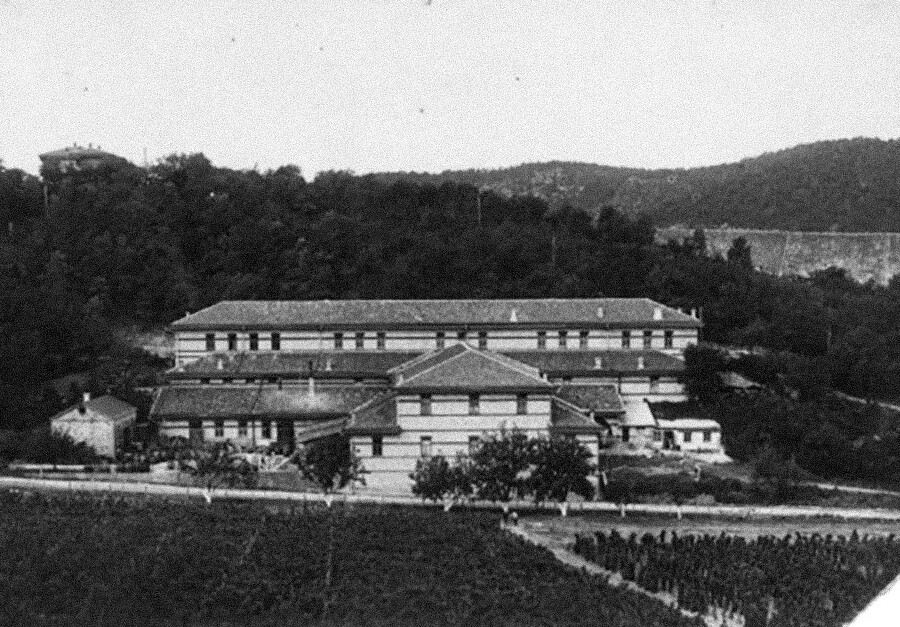 After the Revolution and nationalization, the factory was the only winery in the USSR producing wines according to classical technology. During World War II, the wineries were seriously damaged and the factory was evacuated, but after liberation it was restored quite quickly.

In 1975, an export brand of “Soviet champagne”, Nazdorovya, was developed here. This sparkling wine was supplied to Europe, the U.S., Mexico and other countries.

In the post-Soviet era the factory fell into decay, but was revived after its purchase by the company SVL. Now, its vineyards occupy more than 3,000 hectares. The Abrau-Dyurso village has turned into the country’s largest enogastronomic center.

READ MORE: 6 vineyards that prove Russia is not only about vodka

Subscribe to our Telegram channels: Russia Beyond and The Russian Kitchen

Install a VPN service on your computer and/or phone to have access to our website, even if it is blocked in your country