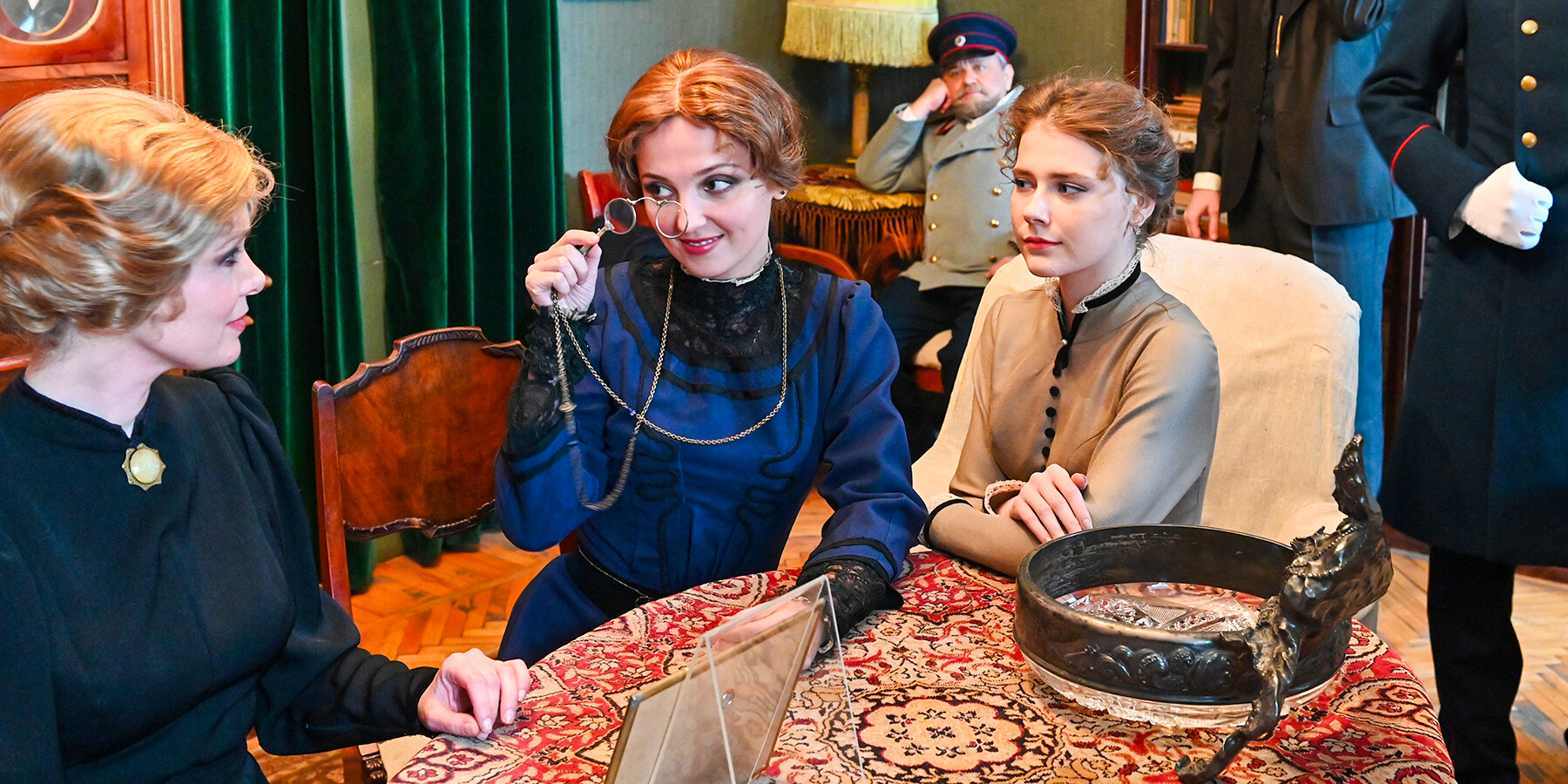 Sergei Pyatakov/Sputnik
Though Chekhov wrote more than 500 short stories, he is known worldwide for his theatrical plays. These are definitely worth watching and they’re staged in theaters around the world. So, you won’t have much trouble finding one to watch. 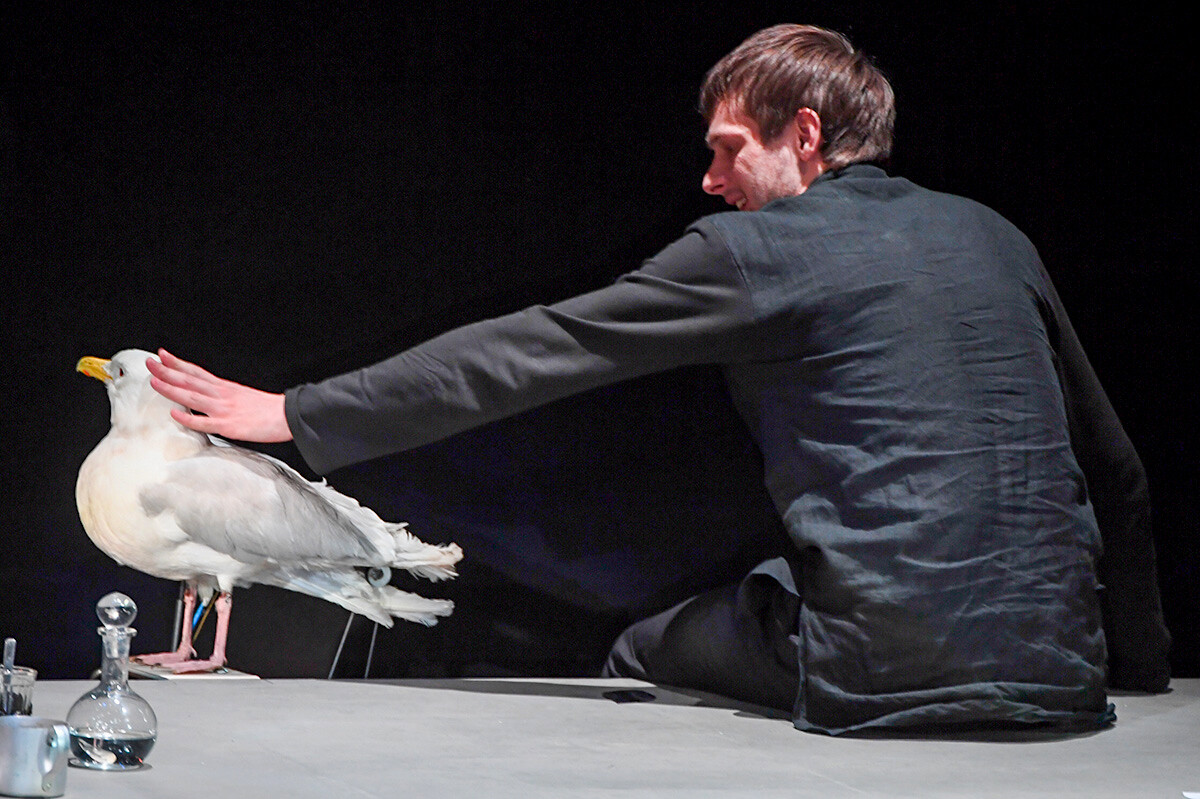 Imperial Russia. The amateur playwright Konstantin Treplev is staging a play that he wrote in his uncle’s countryside estate. He invites a neighbor's daughter, Nina (who he is in love with), to play the leading role. She dreams of becoming an actress, but her parents object. She says that she is driven to the theater like a seagull to the lake. And one day Treplev shoots a seagull and brings its dead body to Nina.

The amateur play’s premier gathers friends and neighbors, and Nina’s acting is praised by admirers (and men who find her attractive). However, everyone criticizes the play’s decadence, making the author upset. As a result, Nina falls in love with a man complimenting her, while  Treplev is sure his play’s failure made her turn away from him. Finally, his life ends tragically.

In “Seagull” Chekhov focuses on the topic he would further develop in his other plays about the decline of the 19th century Russian nobility. These people are not able to work, they live in their fantasies, and usually have no money. They are keen on arts, try to act, write and compose but can’t admit that they actually have no talent. They mix up life and art, and look for fame, ignoring human relations.

“Seagull” was staged at the Moscow Art Theater by Konstantin Stanislavsky and Vladimir Nemirovich-Danchenko in 1898, garnering much success. Chekhov didn’t attend the Moscow premier  because two years prior the play debuted on the stage in St. Petersburg’s Alexandrinsky Theater and failed miserably. 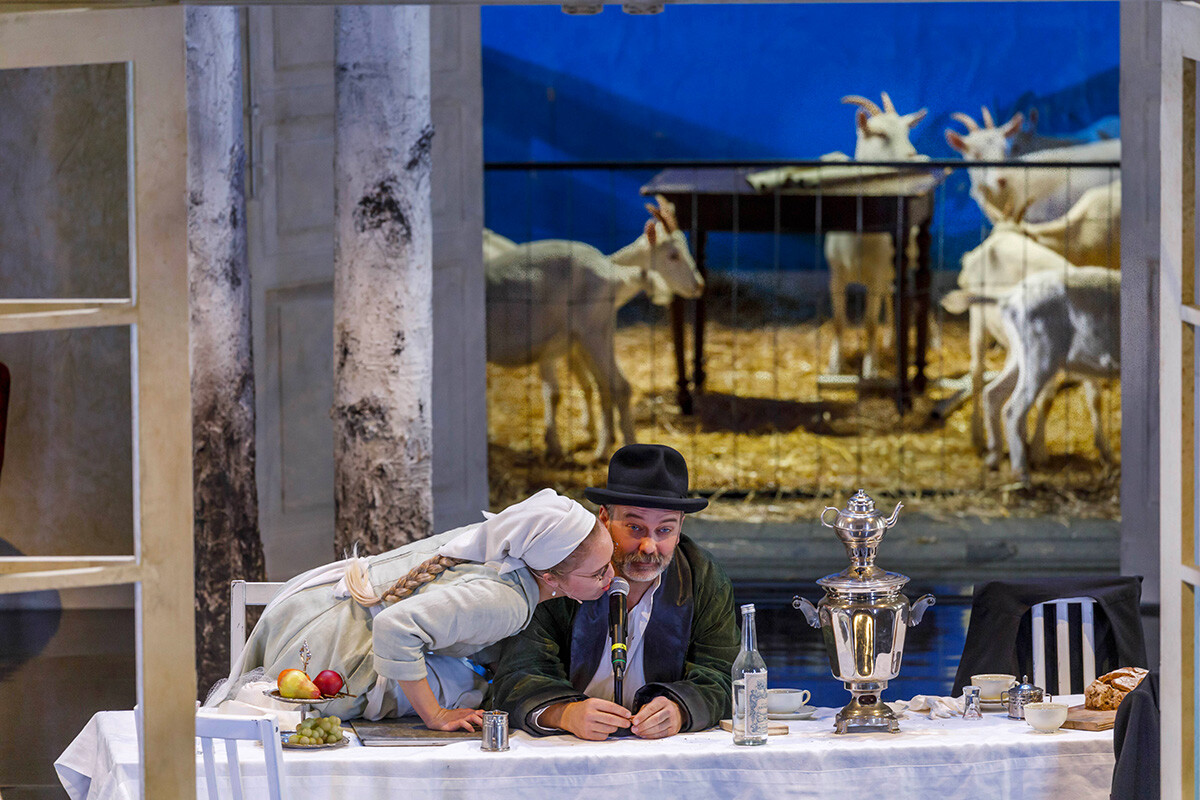 Without having enough money to support his lifestyle, Professor Serebryakov has to stay in the estate of his deceased wife. He lives with his new young wife, and an adult daughter, Sofya, from the first marriage. She suspects that her step-mother married him for money. Ivan is the brother of Serebryakov's first wife and Sofya's uncle (Uncle Vanya). He has been taking care of the estate for many years. Thanks to the irony of fate, Ivan used to be adored by Serebryakov, but now feels that an impoverished professor with gout is not one to be jealous of, except for his young wife that Ivan has fallen in love with. To Ivan's bitter anger, Serebryakov suggests selling the estate to make some money. Ivan tries to kill Serebryakov, but the shots miss. Professor and his young wife leave, but Uncle Vanya and Sofya stay. The niece calms him down by saying that all the sufferings in this world will have rewards in the afterlife. "Wait, Uncle Vanya, wait…. We shall rest"

Chekhov defined the play as ‘Scenes from Country Life’. He again writes about the poor life that late Imperial era noblemen often found themselves in and how they looked arrogant, despising ordinary working people. Chekhov depicts how selfishness distorts the soul, as well as the debased moral image of once highly educated aristocrats. Professor Serebryakov only worries for his own comfort, ignoring the feelings of others. The drama centers around the fact that despite Uncle Vanya always taking care of everyone (without making a big show of it) and despite having a generous soul, he remains an insignificant person to his relatives and friends. The play premiered in several theaters in some local regional theaters, and then in 1899 it was staged at the Moscow Art Theater with huge success. 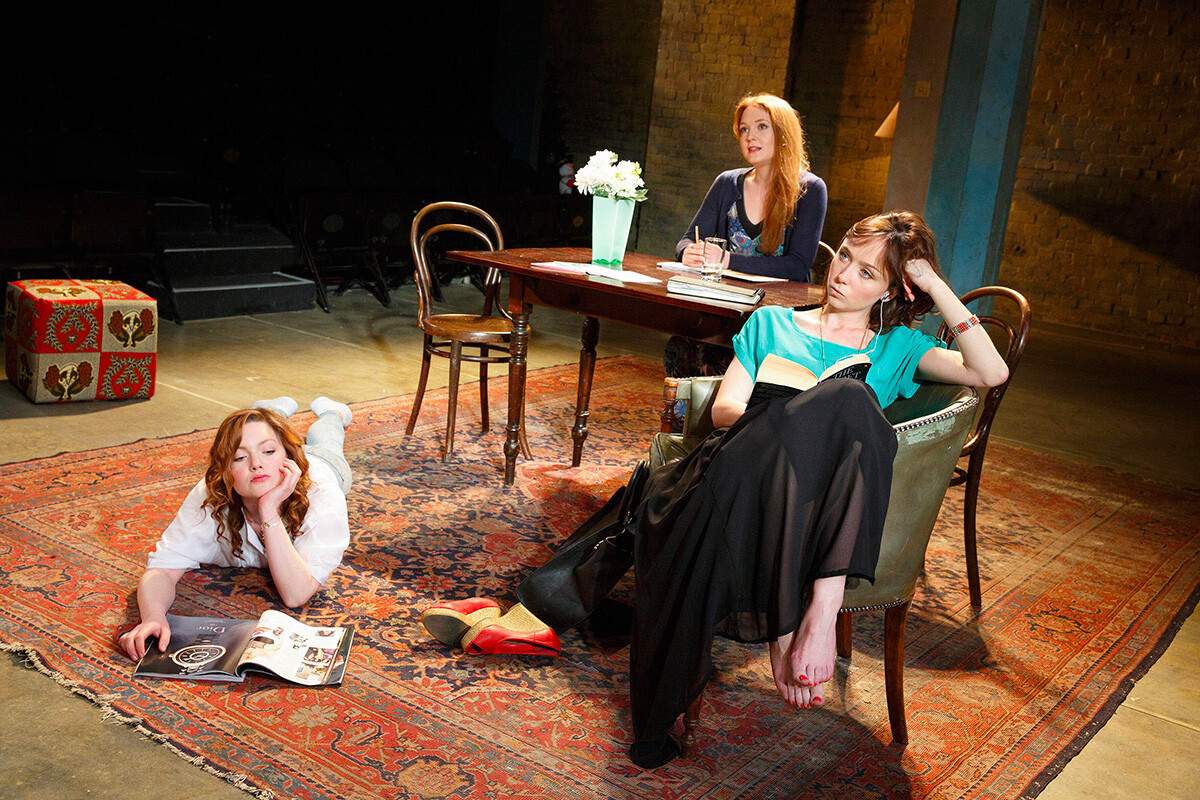 Three Sisters at the Southwark Playhouse in London

Three sisters and their brother live in a provincial city. Their father died a year ago, and now they think about what to do further in their life. The eldest sister, Olga, is working as a teacher, the middle Masha is unhappily married, and the youngest sister absolutely can't find her path in life nor a man. Many are in love with her, but she finds them all quite boring. These intellectual sisters in their 20s live rather empty and useless lives, only dreaming about plans that they won't ever realize. At the same time, they feel annoyed about their brother who married an ordinary woman and gave up science. The play ends with Olga's words: "I think in a little while we too will know why we live, why we suffer… If we only knew, if we only knew!”

The play doesn’t seem to have a plot. (Tolstoy poked fun of it this way: “If the drunken healer is lying on the couch and it's raining outside the window, according to Chekhov it could be a play, and according to Stanislavsky it could be a mood”). However, “Three Sisters” has been a perennial favorite on stages in many countries ever since it was written. The first premier outside Russia occurred in 1901 in Berlin (and it’s still popular in Germany). In terms of genre and characters, the play was absolutely revolutionary for its time, but still each of the directors who stage it manages to find a new vision and a connection with modern life. 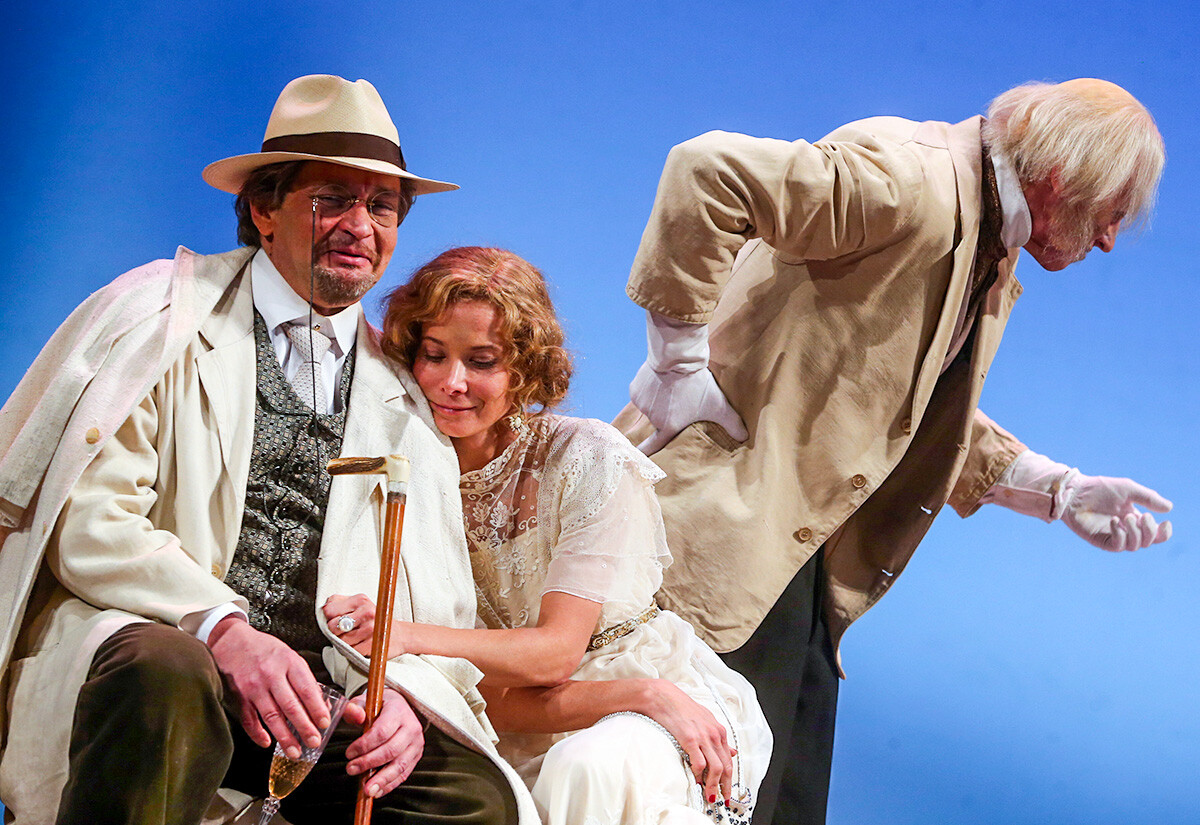 The Cherry Orchard at the Mossovet Theatre, Moscow

Lyubov Ranevskaya is an impoverished noble landowner. She previously lived in France for a while and has already spent all her inherited wealth. A very large estate with a beautiful cherry orchard is all that remains. But it’s in danger of being auctioned off to pay the many debts. She is in despair because several generations of her family owned this orchard and she grew up there.

At the same time an enterprising man, Ermolai Lopakhin, suggests to divide the land and rent out small plots in order to earn money and pay the debts. He is a grandson of serfs who served Ranevskaya's family, but now he’s a rich merchant. Ranevskaya can’t imagine chopping down the priceless garden and chooses to ignore his idea. She continues to live an idle life of leisure, but complains about her situation. Finally, one day Lopakhin shows up to say that he bought her estate and orchard at auction. He is incredibly happy about owning the land where his grandfather was a slave. The play ends with the sound of axes chopping cherry trees.

This is the last ever of Chekhov’s “comedies” as he defined the genre. And it’s one of the most frequently staged of all Russian plays. Symbolically it was written just on the eve of the first Russian Revolution of 1905. At that time, the world of the old Imperial nobility got a rude awakening with the new modern world and its upheaval and progress.

“The Cherry Orchard” premiered at the Moscow Art Theater, and director Konstantin Stanislavsky spoke about the play’s meaning this way: “The ‘Cherry Orchard’ doesn’t generate any income; it holds the poetry of the former aristocratic life in itself and in its blooming whiteness. Such a garden grows and blooms for fashion, for the eyes of spoiled aesthetes. It is a pity to destroy it, but it is necessary, because the process of economic development of the country requires it.”