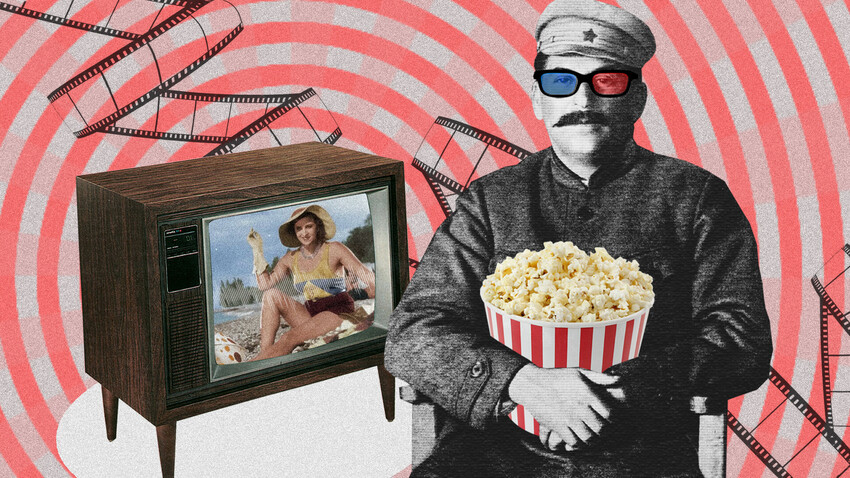 Kira Lisitskaya (Photo: Legion Media; Grigory Aleksandrov/Moskinokombinat, 1934)
What did the Soviet leader like to watch on his cinema screen while the country was in the grip of draconian censorship laws? Read on to find out!

Joseph Stalin was a major fan of cinema. And, as a cinefile, he had his own movie theater, where he’d always sit in the front row. Soft chairs and four of the most modern projectors of the 1930s (including two reserve ones) - that’s what Stalin’s private cinema in the former winter garden at the Kremlin looked like. The screenings started late in the evening, no earlier than 9 pm, and would end no earlier than 2-3 in the morning. Both domestic and foreign cinema found equal favor with the leader. The Soviet press used to consider him the “main audience” for the latter. Let’s check out the favorites from his collection. 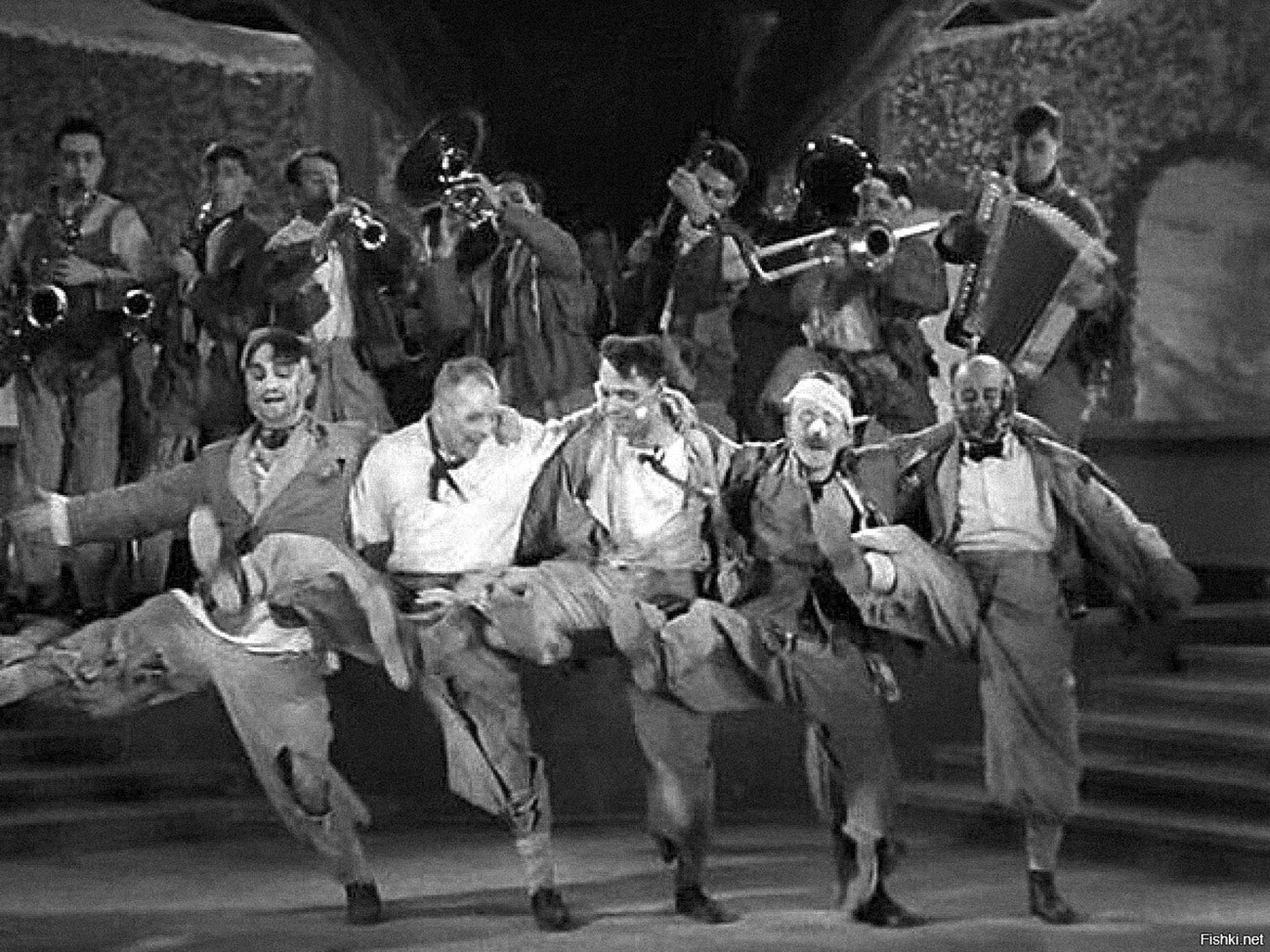 “The picture lets you relax in an exciting, fun way. We experienced that feeling you get after a day of rest.” This was the phrase Stalin himself used to describe the movie when it came out in 1934. ‘Jolly Fellows’ was the first Soviet musical comedy, filmed at a time of great turmoil in the art world of the 1930s - especially the question of whether “funny cinema was even necessary for the Soviet people”. Stalin put an end to that debate. The movie’s writers, however, had a far less happy fate: Vladimir Mass and Nikolay Erdman were both arrested during filming and received three years labor for “spreading counter-revolutionary fables and satire”. 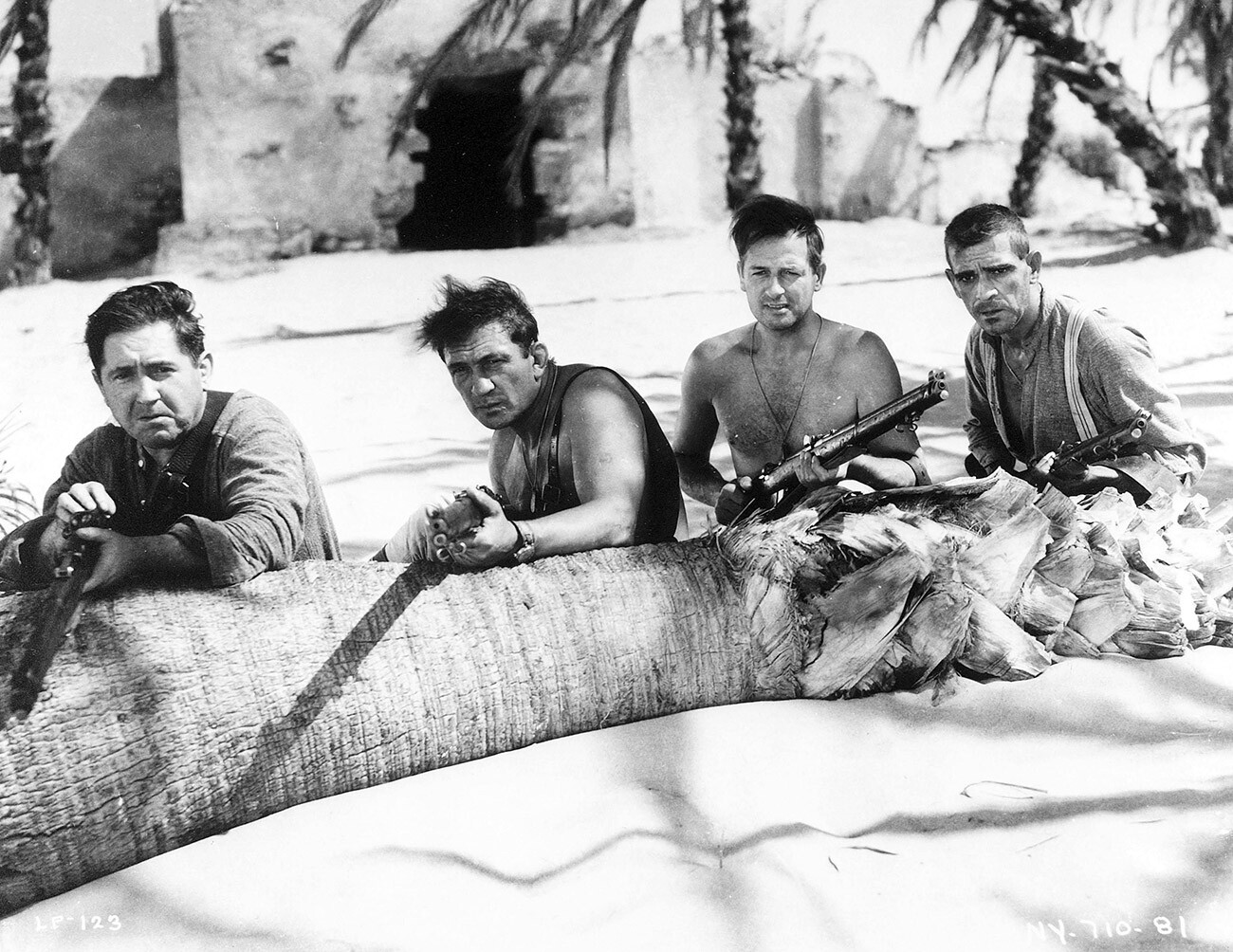 Stalin really loved Westerns and this one was his favorite. He liked it so much that he ordered the making of a Soviet version - titled ‘Thirteen’. Stalin liked a lot of John Wayne movies, especially the moments that saw the hero ride alone on horseback, before bringing some unruly town to order. 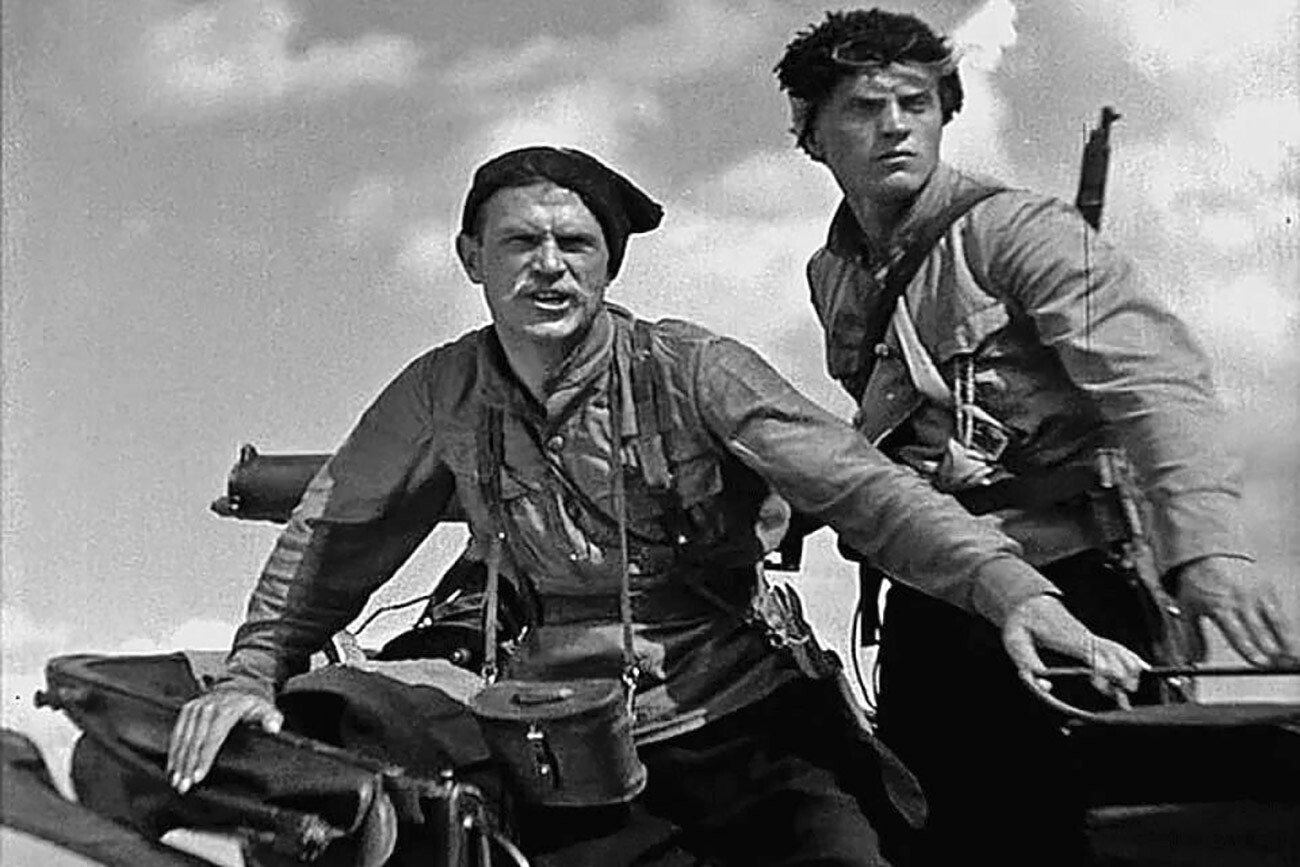 Diary entries belonging to Boris Shumyatsky, who was the organizer of the Kremlin screenings, reveal how that was the first time Stalin had ever watched a movie in total silence. He would go on to watch it another 37 times. The movie tells of Vasily Chapaev - the Civil War military leader. And it did fantastically at the box office. The directors actually had to shoot three separate endings, with Stalin then selecting the most appropriate one. 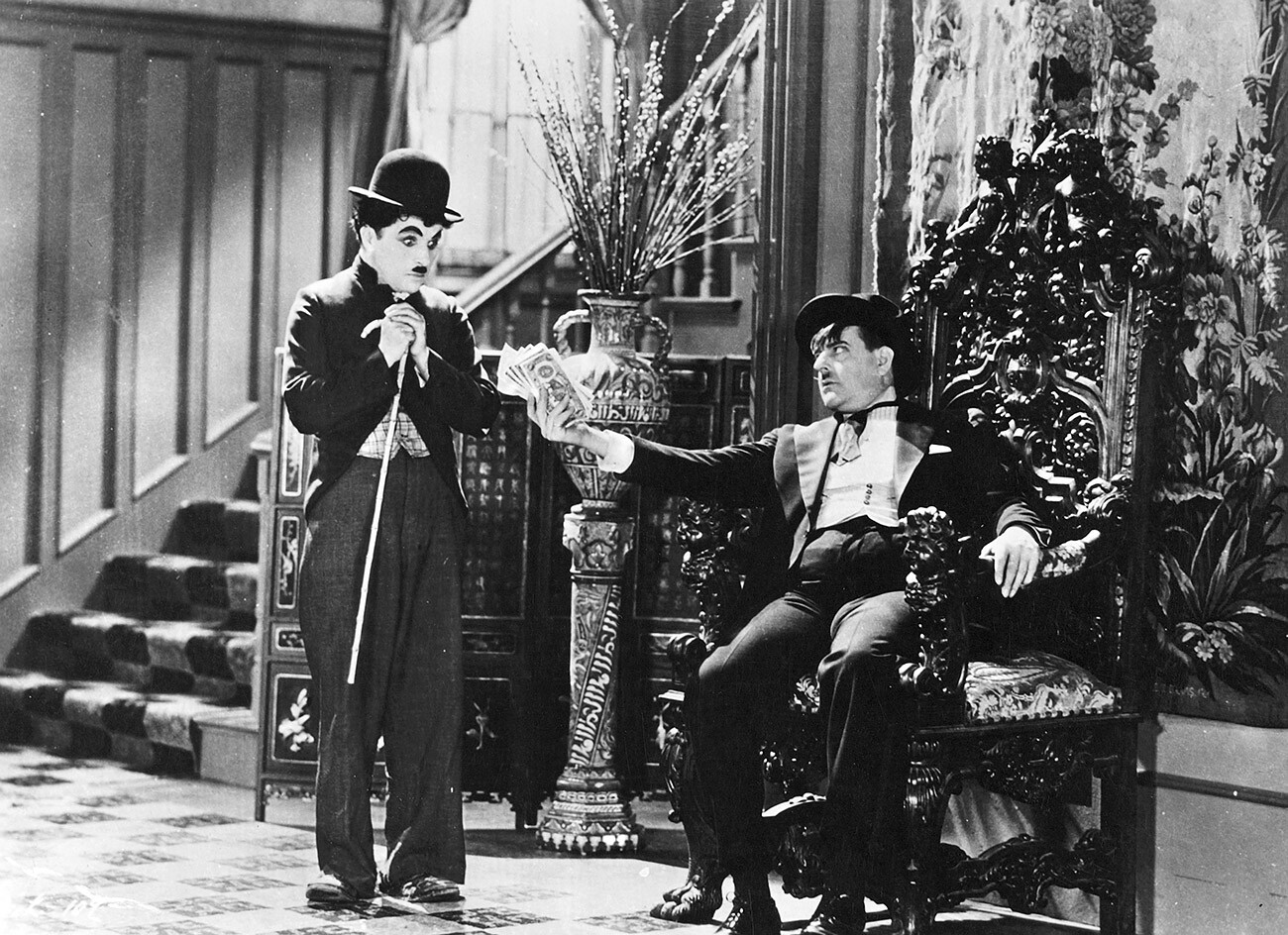 The sad story of a blind girl who sells flowers and the Tramp, whom she takes for a rich man, found a special place in people’s hearts. Stalin included. In his memoirs, director Mikhail Romm wrote how Stalin would cry during the final scene.

The Soviet leader praised Charlie Chaplin highly, considering him to be a hard-working and scrupulous director. His movie ‘The Great Dictator’, though, was off-limits in the USSR, understandably! 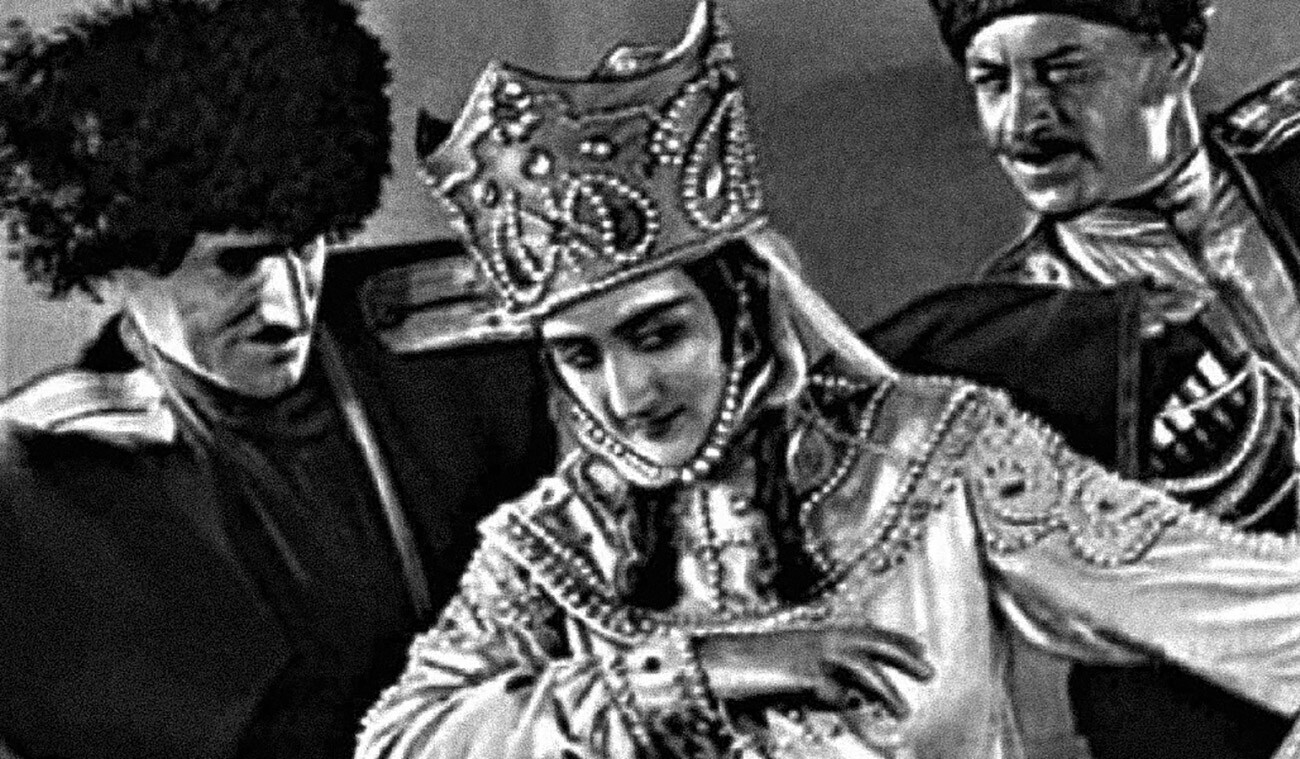 The first Georgian-made movie with sound, the melodrama about a worker-revolutionary didn’t gel with Stalin at first due to being “over-complex and often confusing”. However, by the third showing, the leader “praised the subtle irony, the adequate understanding of events and the quality work of the actors”. 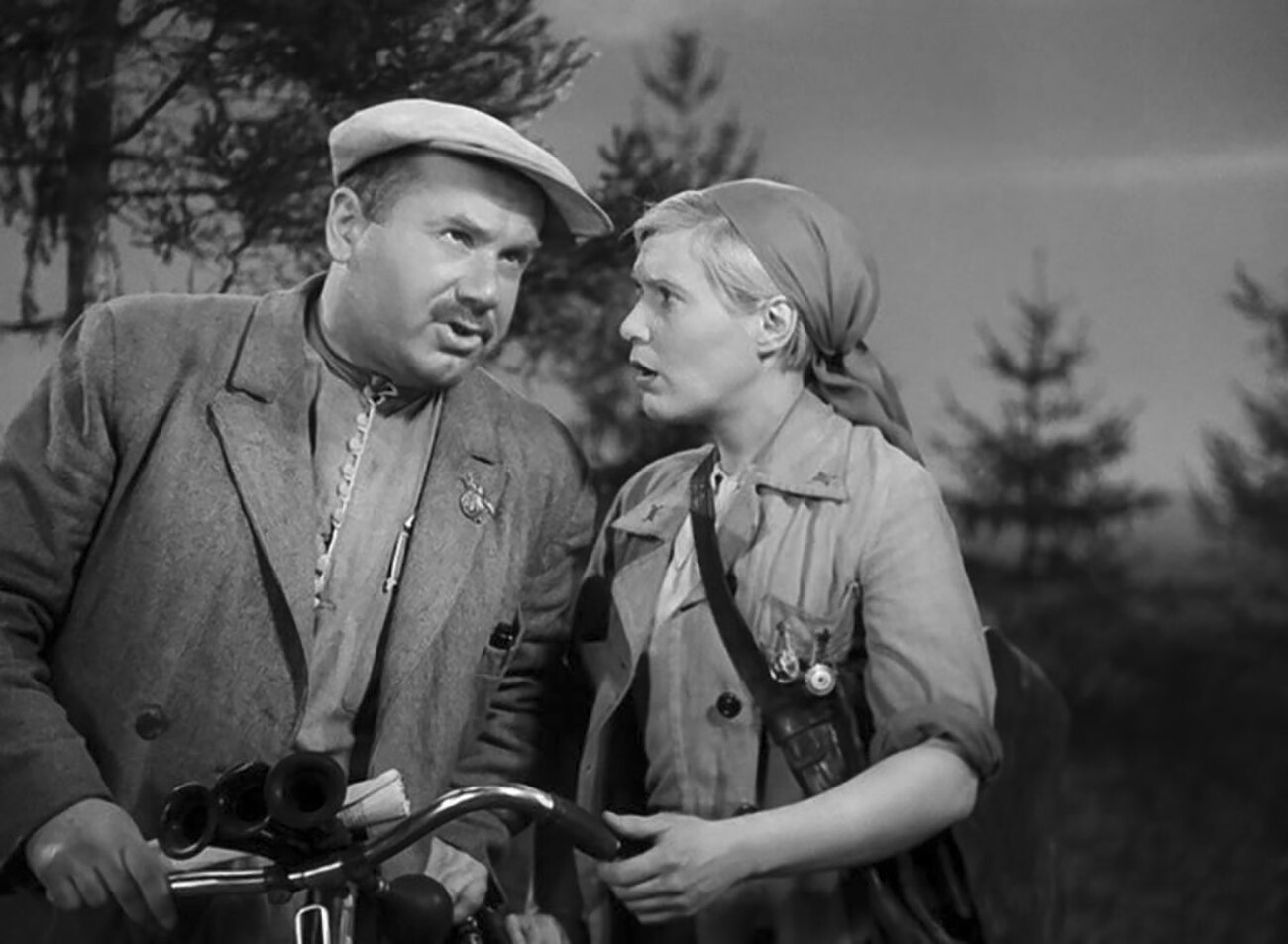 Another musical comedy from Aleksandrov, about provincial art collectives headed to Moscow for a musical olympics to prove their worth to the capital.

The movie can be considered another epic about the life and accomplishments of the USSR, focusing on the then-new Volga-Moscow river channel (a sort of symbol of 1930s cinema). Legend has it that it was this movie that Stalin sent to his American counterpart Franklin D. Roosevelt as an example of good Soviet cinema. But, alas, again, the movie’s success did nothing to prevent a tragic fate befalling the makers: cameraman Vladimir Nilsen was charged with espionage and executed by firing squad three months before release. 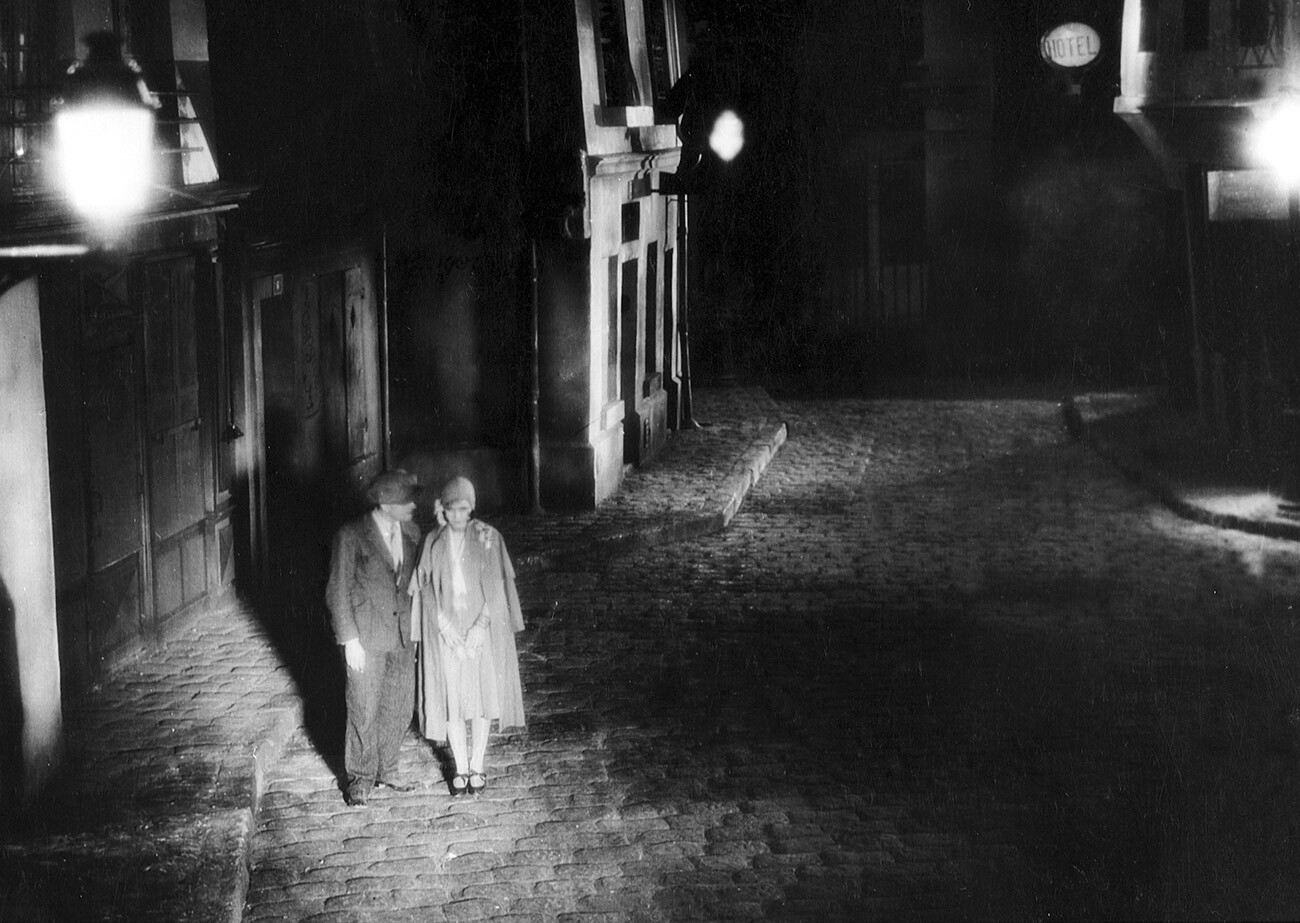 This sentimental piece of French pulp fiction about a love triangle found favor with Comrade Stalin: “Doesn’t overstay its welcome… joyful and the people onscreen are pleasant,” he said of the movie. Five years on from the French premiere it was shown in the Soviet Union. 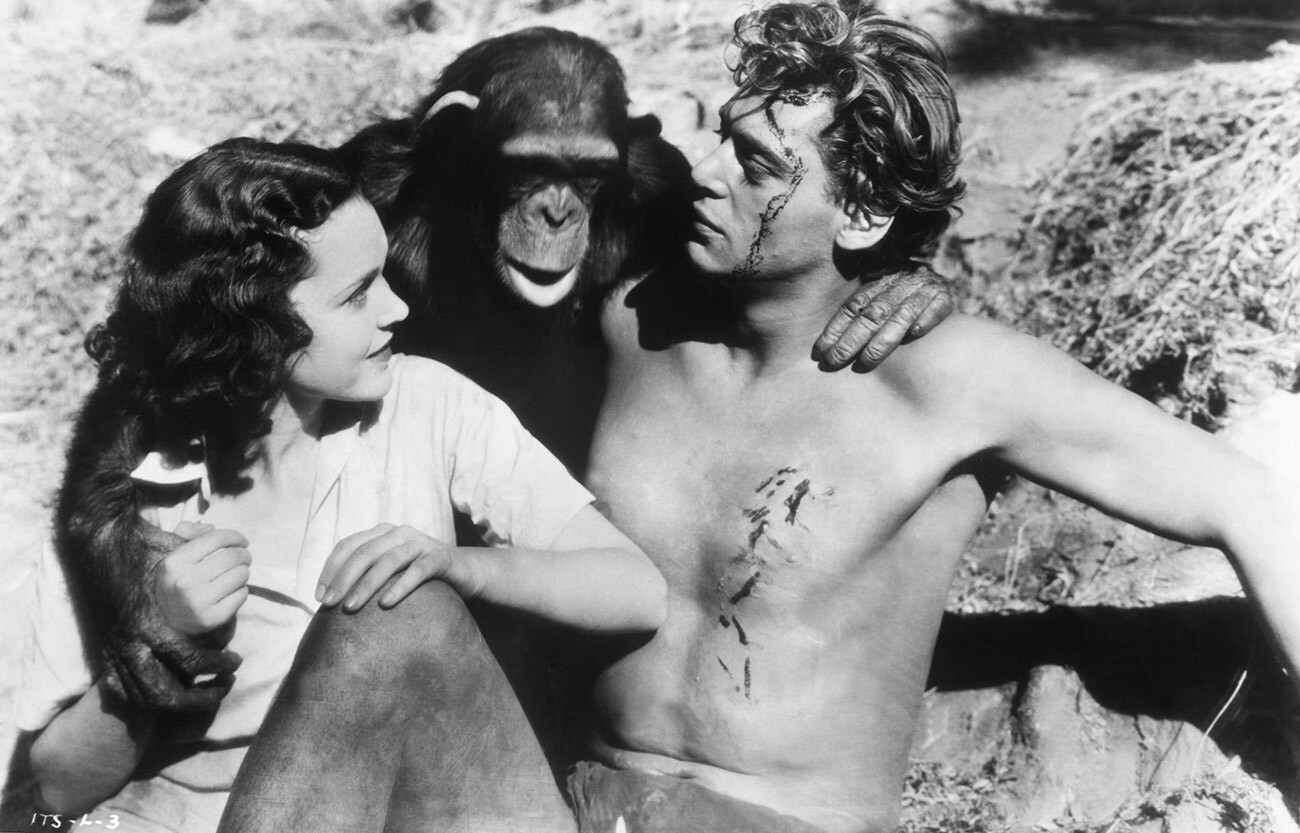 It appears that the ‘Tarzan’ movie reel ended up in the Soviet Union together with trophy movies, taken out of Germany after the war, from the Goebels Archive outside Potsdam. The state archives have a recording of Stalin booking a screening of the movie.

According to Kremlin mechanic Aleksandr Ganishin, Stalin liked the movie so much he immediately ordered its release onto the Soviet silver screen. He also authored the caption: “This movie is about a man who escapes the horrors of the capitalistic world for the jungle and only there does he find freedom and happiness.” 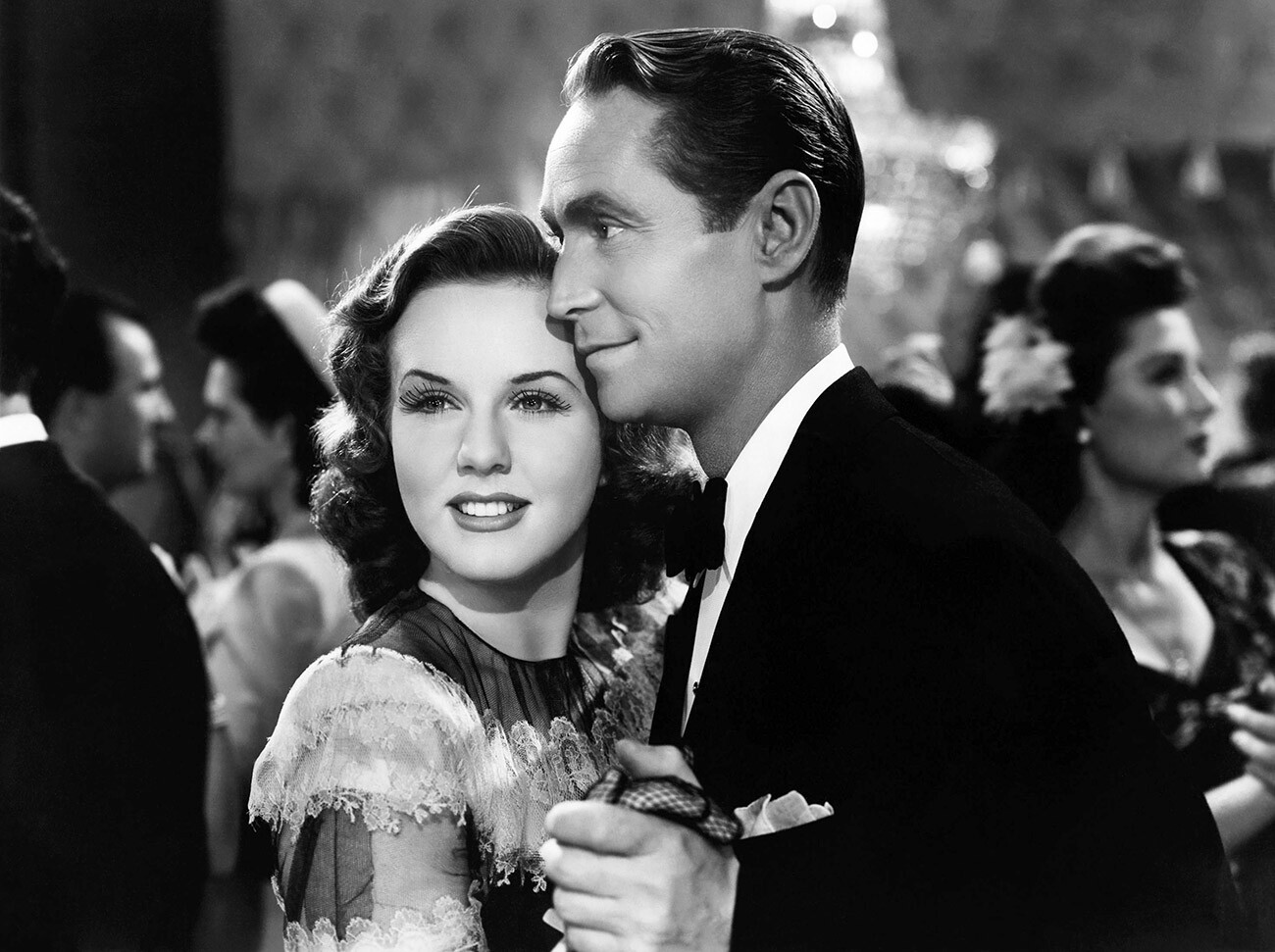 According to legend, this American comedy musical was given to Stalin by Roosvelt, knowing that the Soviet leader would like actress Dina Durbin. Stalin watched it several times and really loved the episode at the restaurant, where the female protagonist sings romance songs in Russian. This did the trick with Soviet audiences, as well, and the movie was a huge success, earning Durbin the nickname “the queen of Moscow screens” in the U.S. 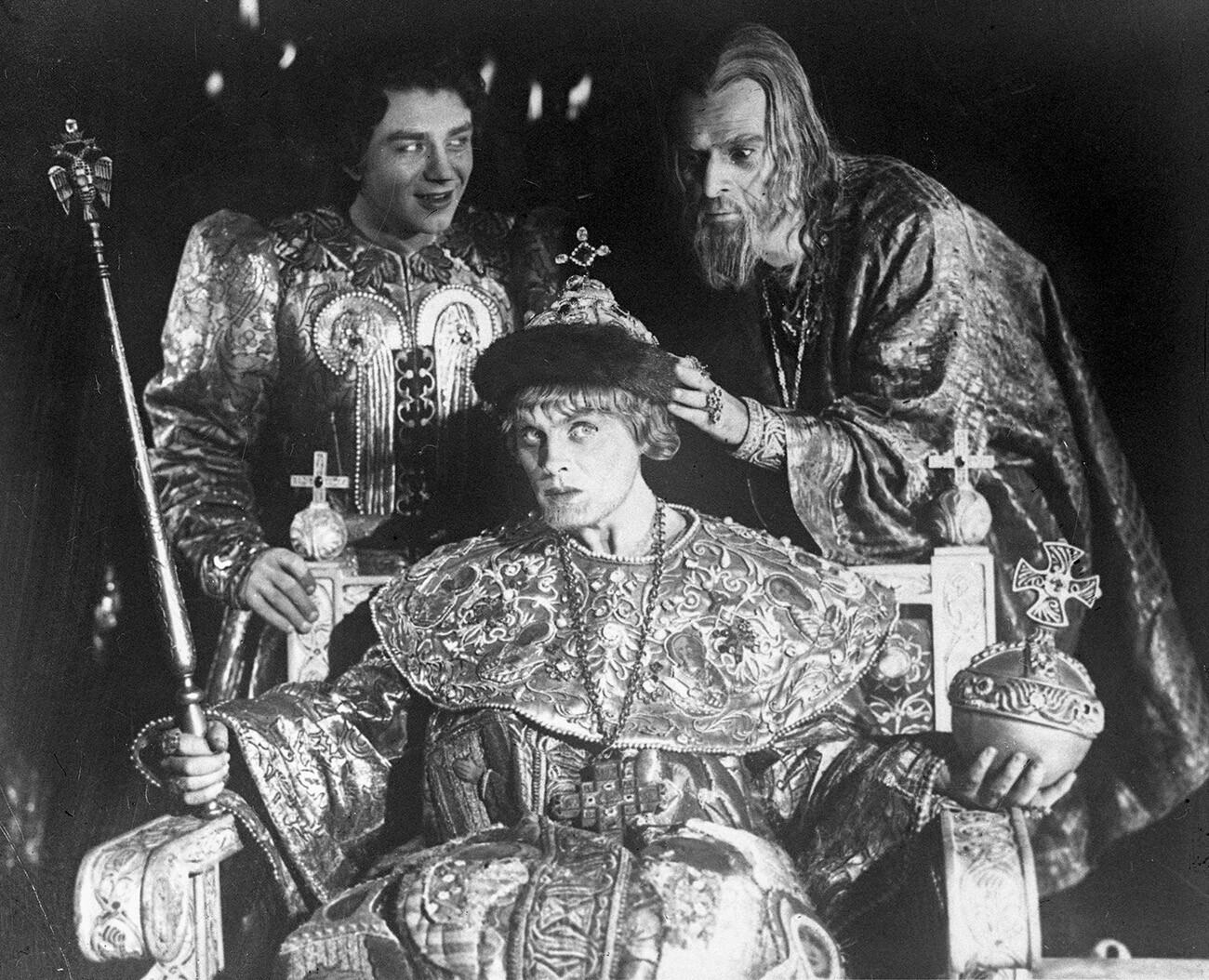 The idea to make a movie about Ivan the Terrible belonged to Stalin himself, who loved the image of the strong ruler, “the collector of Russian lands”. Eisenstein shot the movie in two parts, with the first coming out exactly as Stalin expected: the epic image of Ivan the Terrible, for whom the interests of the Rus’ stood above all else. Eisenstein received the Stalin Prize First Class for it.

The second part, however, which came out a year later, was so despised by Stalin that, in a fit of rage, he banned its screening - together with the first movie. One version states that Stalin saw some uncomfortable parallels with his own style of ruling in the second part. 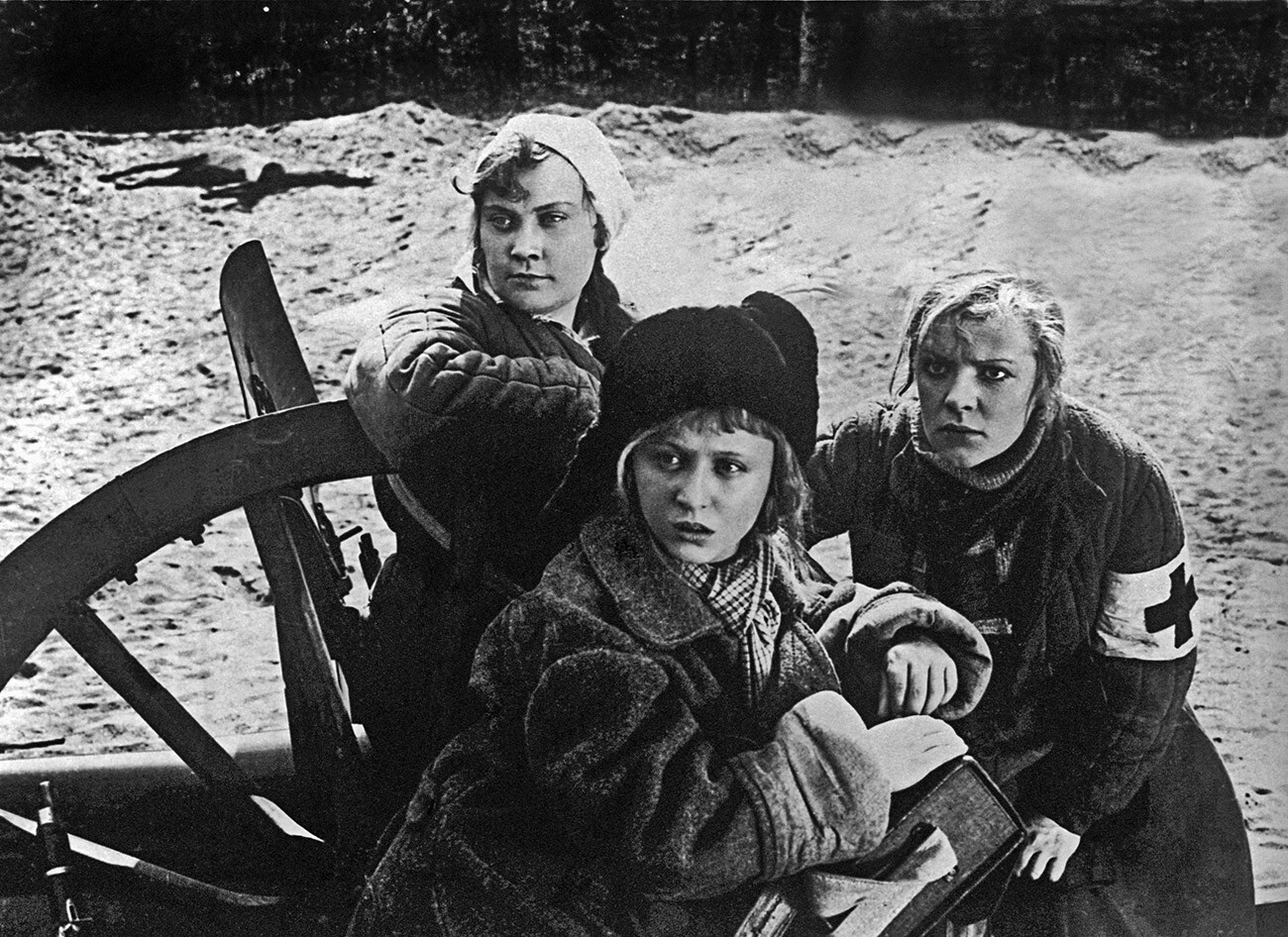 Three friends live in a state of awareness about an acute social injustice and when the Civil War starts, they go onto the streets of revolutionary Petrograd as field nurses. Stalin valued the movie’s “mobilizing potential”, but this didn’t save director Raisa Vasilyeva from the firing squad in 1938, for being a Trotskyist. 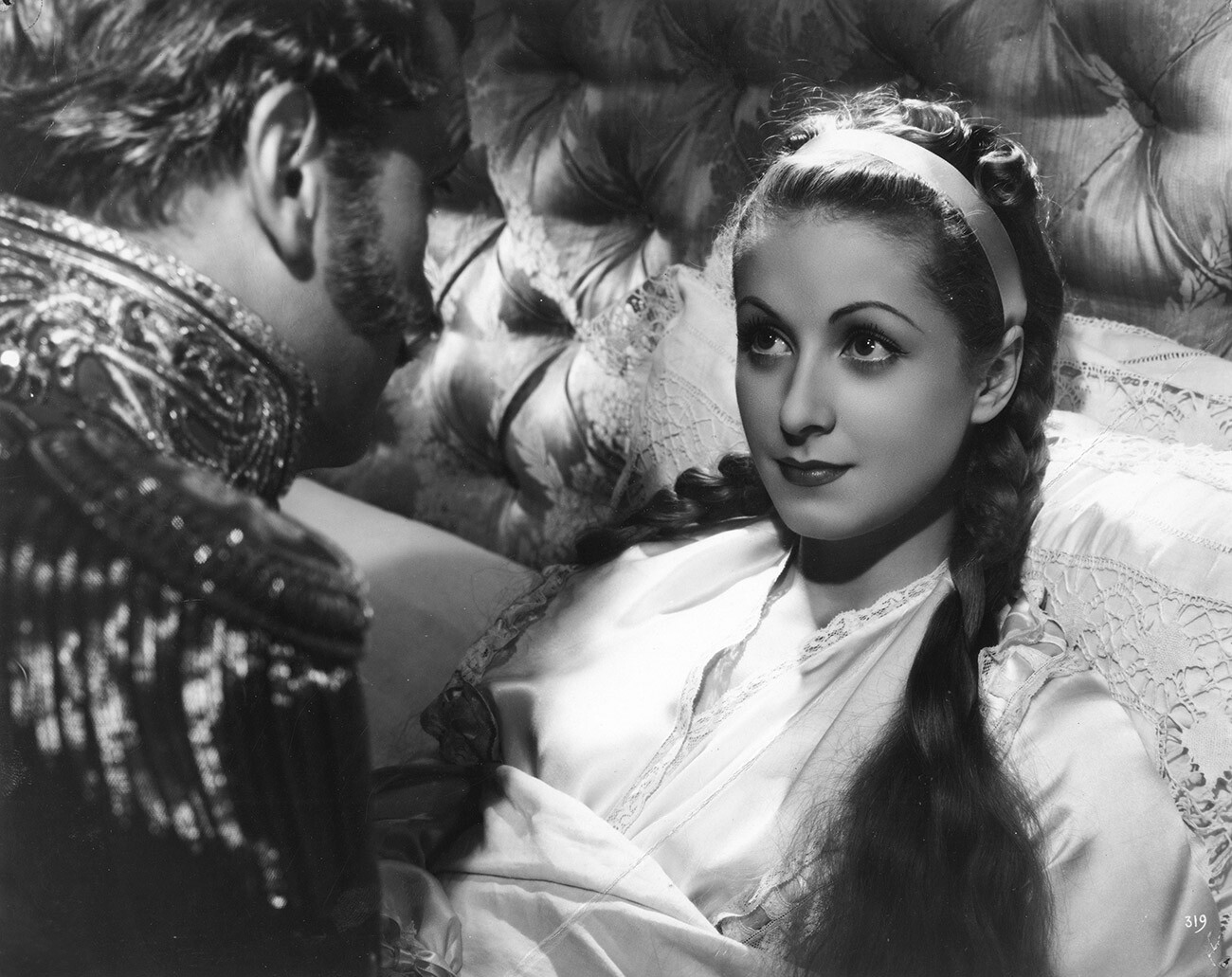 The French movie about a forbidden love between Russian Emperor Alexander II and young duchess Katya Dolgorukova, is an adaptation of a novel by Romanian-French writer Martha Bibescu. The movie was never shown to the public, but Stalin viewed it several times in his cinema. Stalin’s grandson Alexander Burdosnky believed the leader associated the story in the movie with something that had happened to him in his own life. 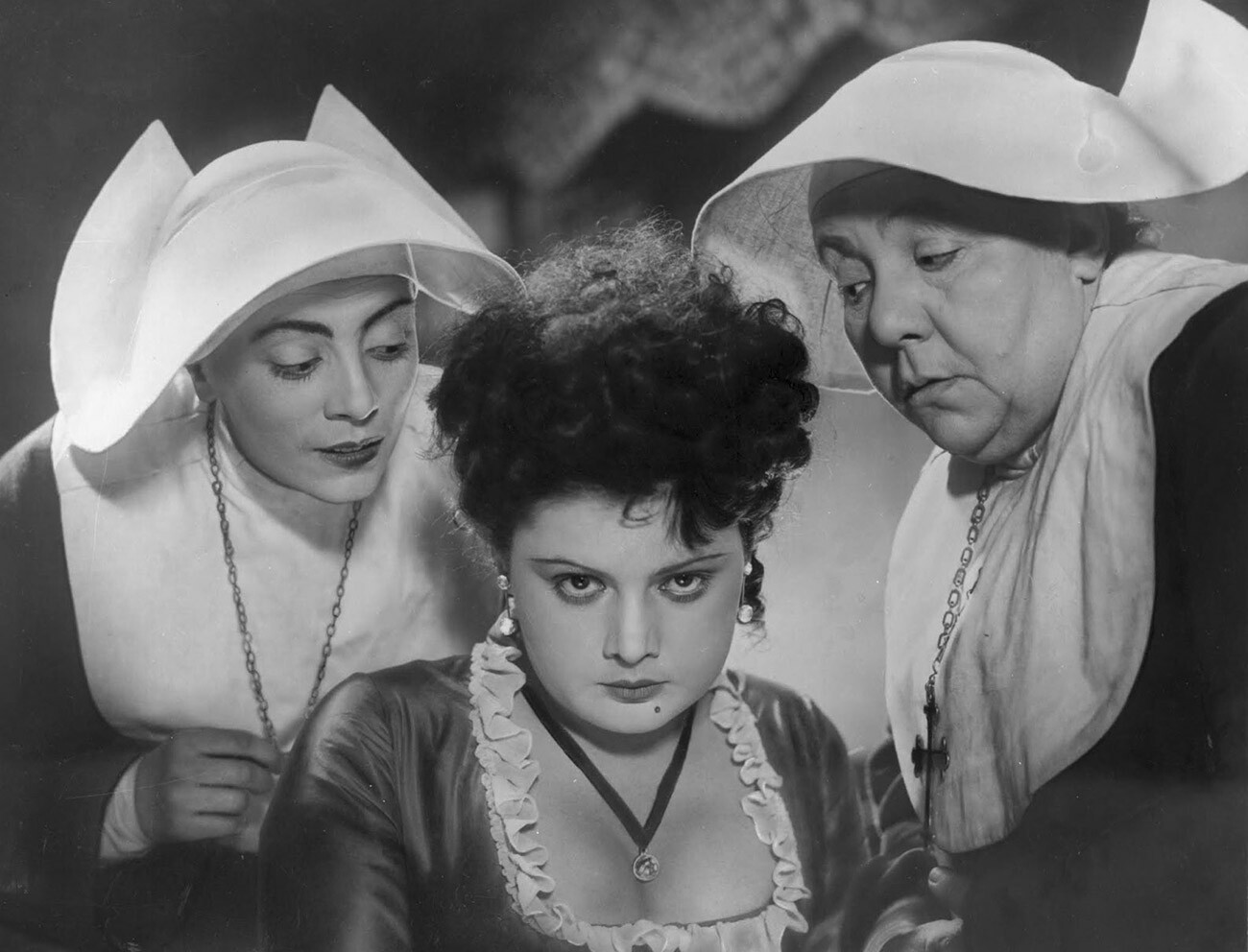 This is the last Soviet silent movie and Romm’s directorial debut, which would be followed by ‘Lenin in October’ and ‘Lenin in 1918’. It’s a very loose adaptation of Guy de Mauppassant’s short story of the same name (translated sometimes as ‘Dumpling’ and other similar things) and is another Stalin favorite. “A very powerfully compiled work, made with great scale and visual storytelling in mind,” he said. 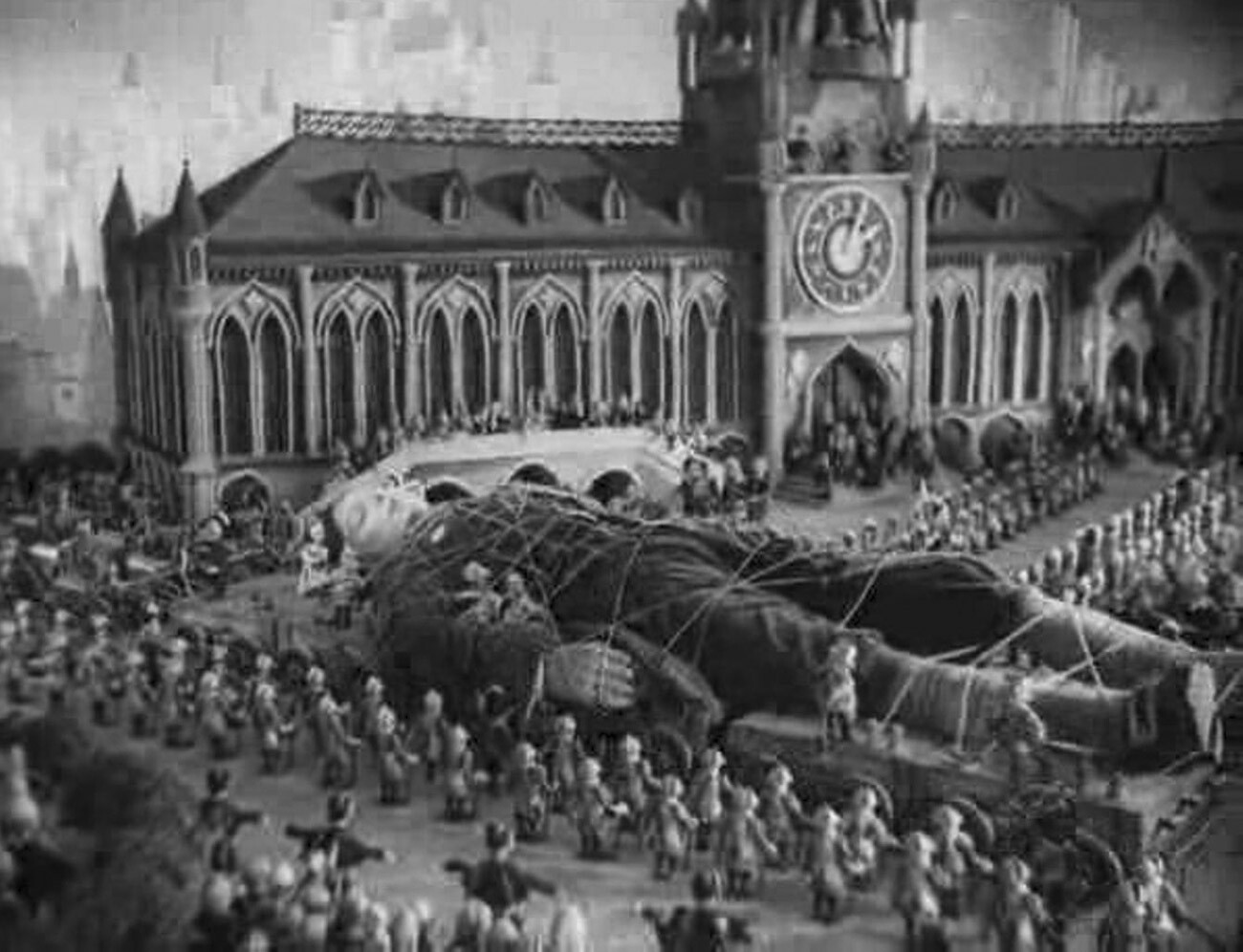 The movie is about a Soviet boy who dreams of being the main character in ‘Gullivers’ Travels’ and ends up in the country of Lilliputians, just like in the novel. Stalin saw the movie four times in a week and saw a true bolshevist message there. “The New Gulliver depicts with incredible truth and power the worker movement and the just strategy of arming the rebellion of the proletariat against the country’s capitalists.” 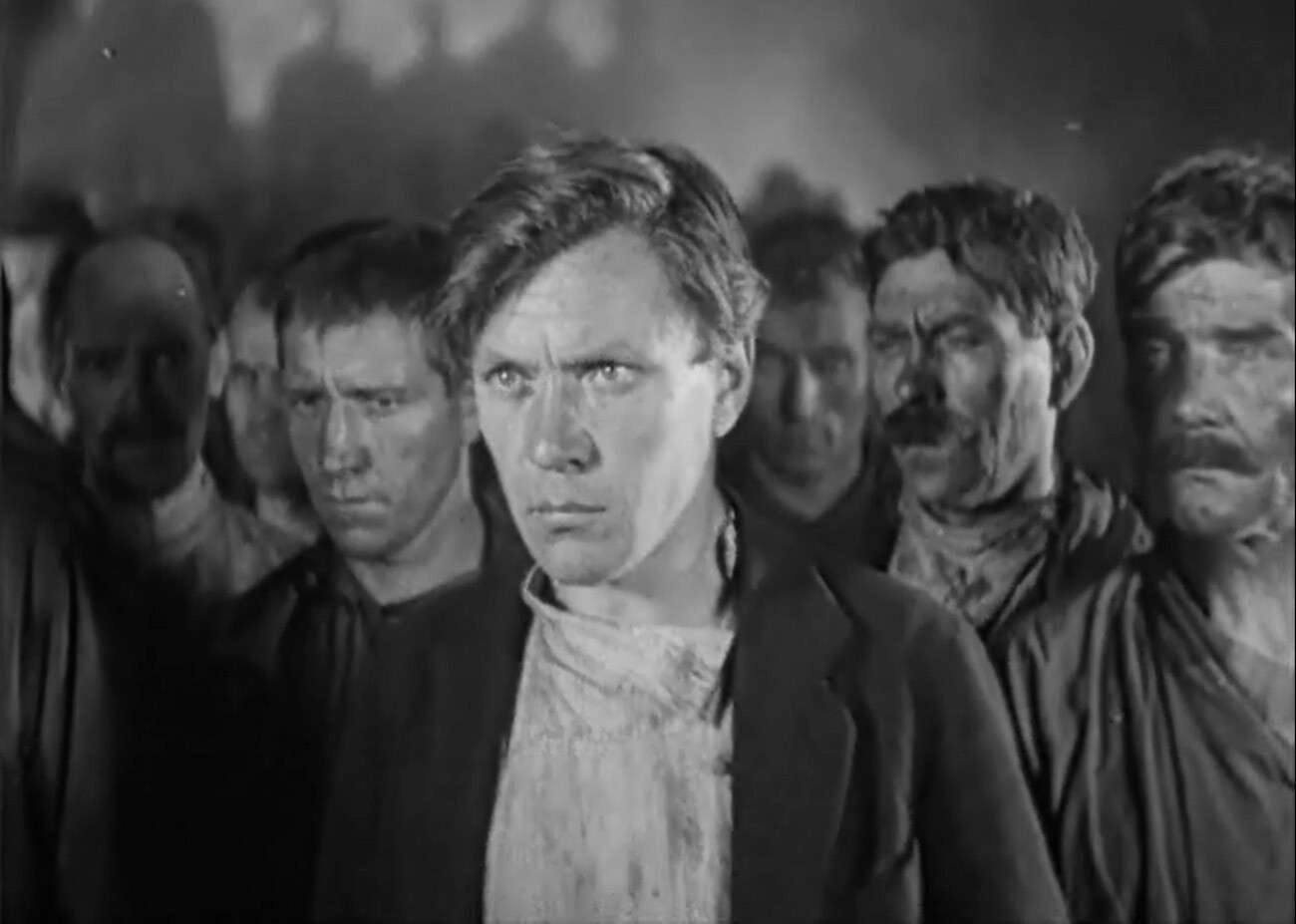 The trilogy about the young boy Max, who becomes a revolutionary, contains three parts: ‘Maxim’s Youth’ (1934), ‘Maxim’s Return’ (1937) and ‘The Vyborg Side’ (1938). Stalin watched them many times over, convinced that the more you watch a movie, the more meanings are discovered: “The first time I watched Maxim’s Youth, I didn’t like it. It was cold. Then I watched it again - and it’s a good movie.”