Is Russia Europe or Asia? Russians differ in their opinions 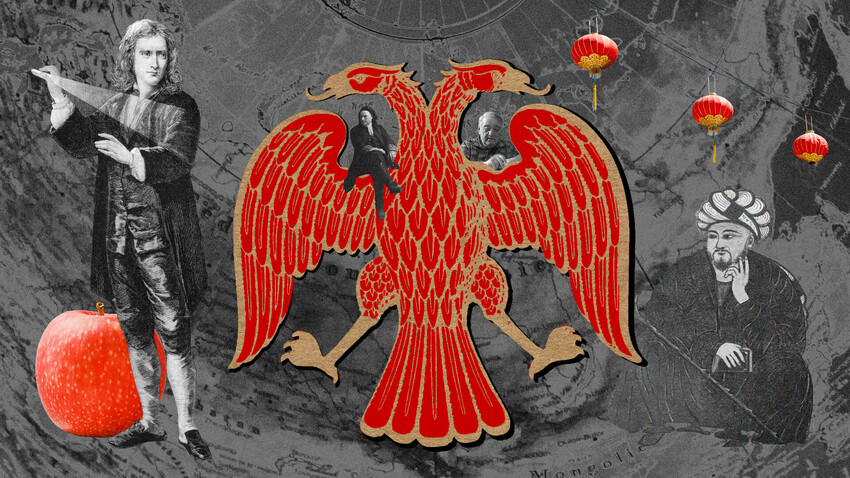 Kira Lisitskaya (Photo: Global Look Press; Unsplash; Pixabay)
The majority of the Russian population lives in the European part of the country, while, geographically, the country’s largest part lies in Asia. So what continent does Russia belong to in terms of its mentality?

In the 10th century, Russia made a fundamental choice of civilizational identity by adopting Christianity, thus, becoming the eastern frontier of the Christian world. However, its proximity to the East, its intermixing with Muslim peoples and 300 years of being under the rule of the Tatar-Mongol Golden Horde (from the year 1242 until the end of the 15th century) left a significant “Asian imprint” on the mentality of the Russian people.

The borderland position of the “Russian world” made it a field of constant oscillation between East and West.

A significant swing towards Western culture occurred in Russia under Peter the Great (1672-1725). The first Russian emperor believed that, in order to survive, Russia needed to modernize its entire economic and social structure by using the experience of its European neighbors. As a side effect of this rigorous modernization of Russian society, Russia acquired a new European-style capital city, its subjects wore European dress and did not sport beards and many other cultural artifacts were adopted, causing a mixed reaction among Russians.

Since then, the debate has never stopped among Russian thinkers as to whether that swing was a blessing or a big mistake, whether Russia belongs to European or Asian civilization, or whether it is a unique civilizational entity in its own right. 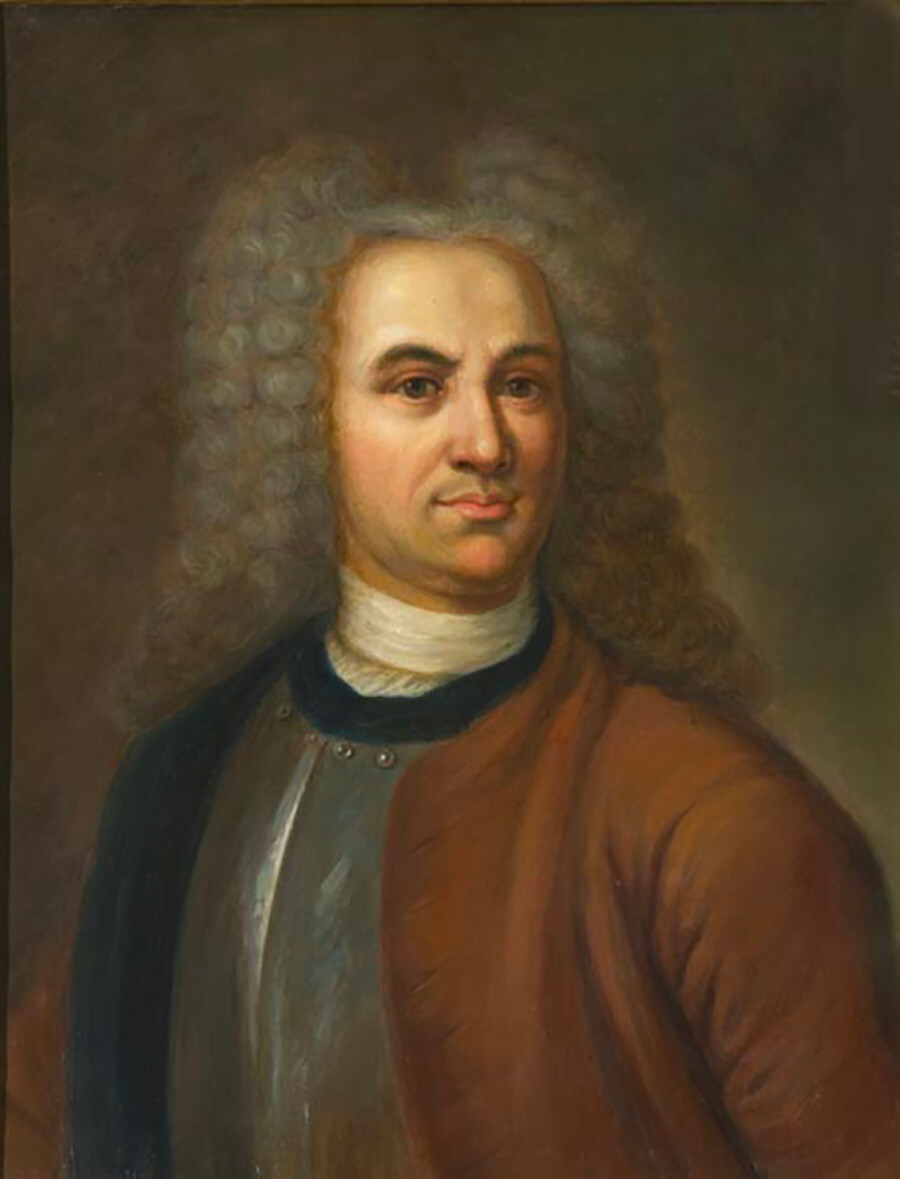 This 18th century Russian historian and author of the first “Russian History” book was one of the first to argue that the hypothetical border between Europe and Asia should go through the Ural Mountains. Until then, it had been proposed that the River Yenisei or the River Ob should be the dividing line (and authors of antiquity even suggested that such a border should run along the River Don and through the Black Sea to Constantinople). Tatishchev, however, presented various arguments based on natural history to support his ideas - for example, beyond the Urals, even the nature of river flow patterns is different (and there are different fish species), while many trees that grow in Europe are not to be found beyond the Ural Mountains.

As far as Tatishchev was concerned, Russia was undoubtedly a European country, “just like the Kingdom of Poland, Prussia or Finland”. Describing the history of ancient Russia - before victory over the Khanate of Kazan and the conquest of Siberia - Tatishchev comes to the conclusion that, “on the grounds of natural circumstances”, Russia belongs “without a doubt to Europe”. 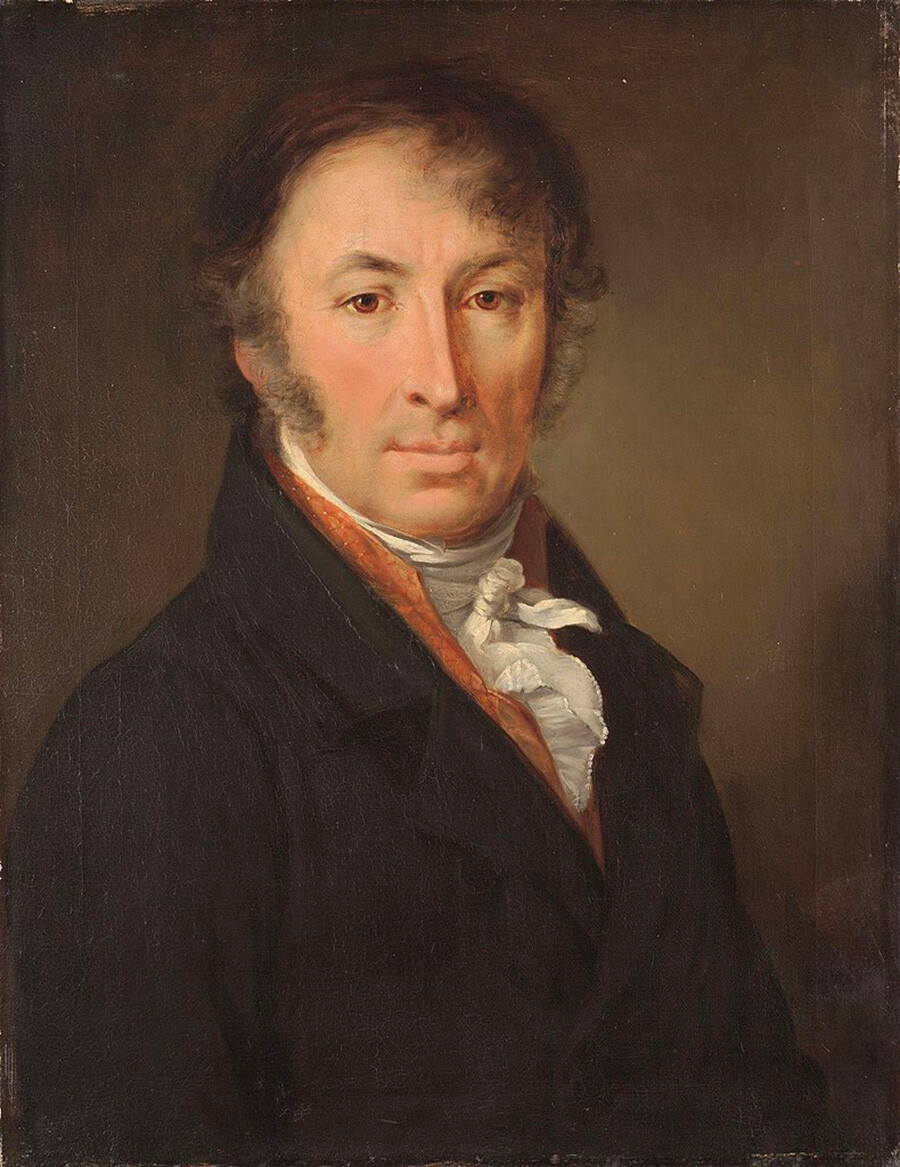 This historian, whose work spanned the end of the 18th and beginning of the 19th centuries, is regarded as the author of the concept of the “Russian European”. Karamzin considers Peter the Great’s turn towards Europe as an unmistakable blessing for the country, given that Russia had succeeded in making use of the achievements of the European mind - primarily in the sciences, arts and military science and in terms of state structure.

“The Germans, the French and the English were ahead of the Russians for at least six centuries; Peter propelled us with his powerful hand and, in a few years, we almost caught up with them. All pathetic jeremiads about a change in the Russian character, about a loss of Russian moral physiognomy, are either nothing but a joke or come from a lack of thorough reflection. We are not like our bearded ancestors: So much the better!” wrote Karamzin as he traveled around Europe. 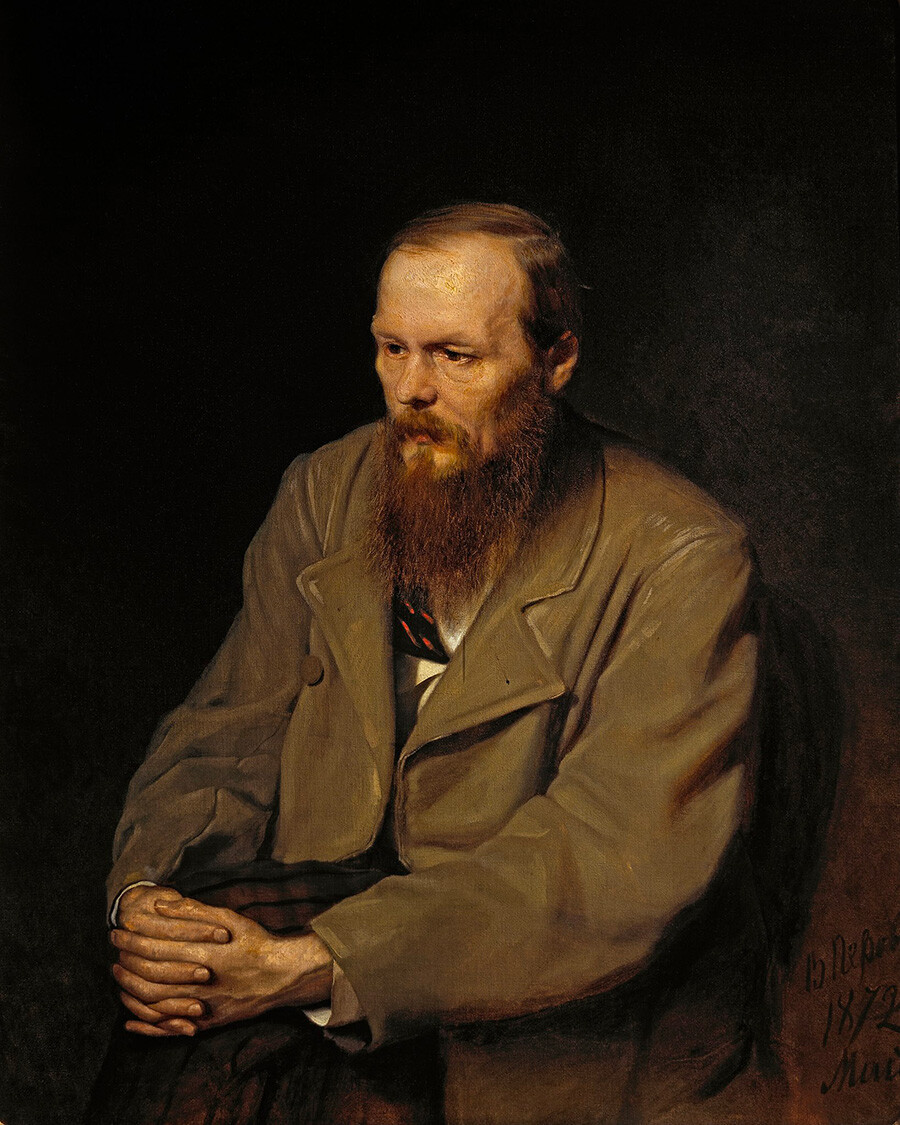 After many years, when public opinion was preoccupied exclusively with Europe, Dostoevsky proposed that Russia’s view of Asia be “revitalized”. “The whole of our Russian Asia, including Siberia, still exists as a kind of appendage, as it were, in which our European Russia seems reluctant to take any interest,” laments the author.

“We need to dispel our servile fear that in Europe we will be called Oriental barbarians and described as being even more Asian than European. This shame that Europe will regard us as Asian has been dogging us for close to two centuries.” Dostoevsky calls this shame mistaken, just as mistaken as it is for Russians to consider themselves exclusively European and not Asian - “something that we never stopped being”. Dostoevsky was also irritated by the fact that Russia was “imposing itself” on European affairs and bending over backwards to get Europe to see us as one of their own “and not as Tatars”. Dostoevsky reaches the conclusion that it is perhaps in Asia that Russia needs to seek a path to a bright future for itself. 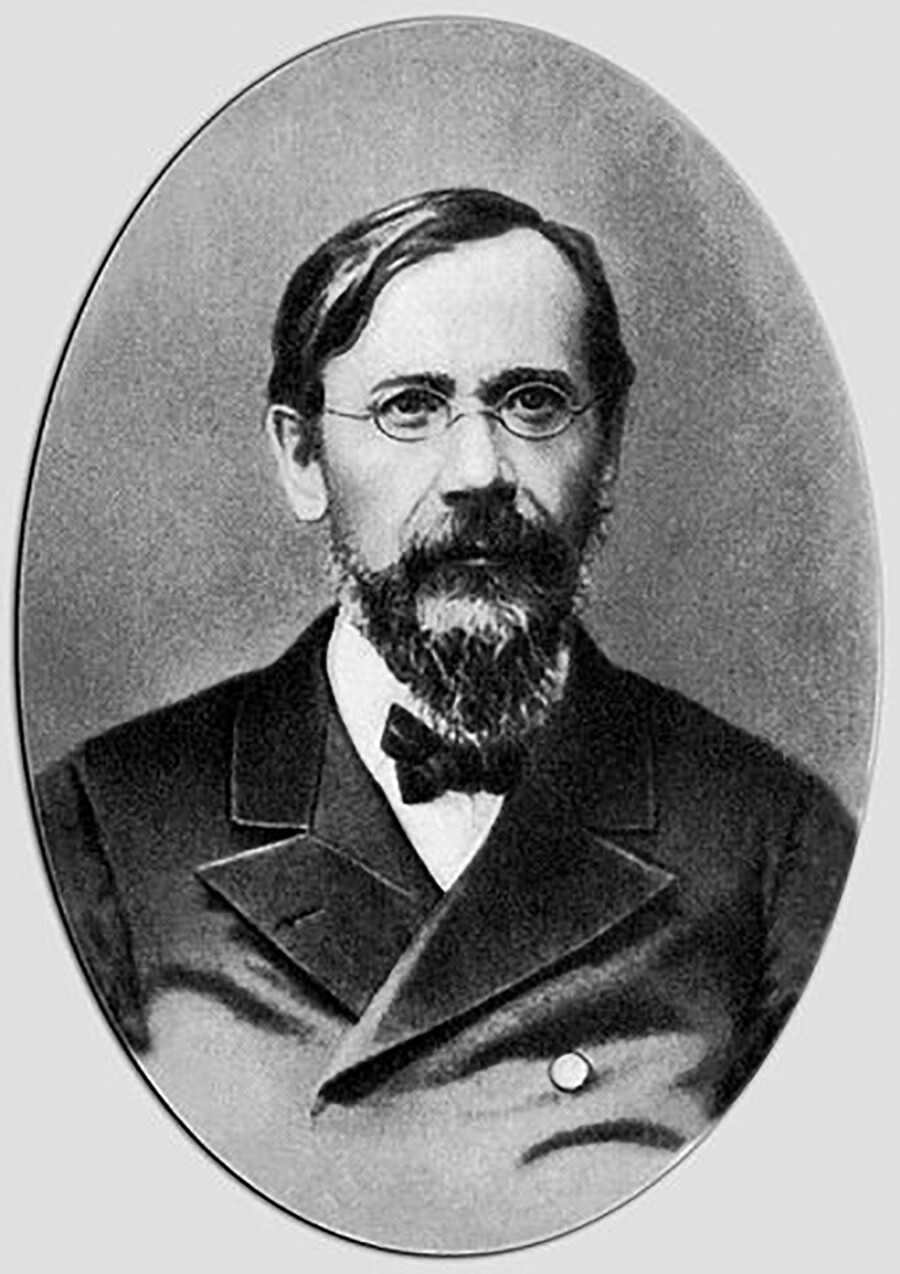 Russia’s complex geographical situation determined its historical and cultural destiny, according to 19th century professor and historian Vasily Klyuchevsky. Russia had always experienced foreign influences - but these had invariably been reshaped and redefined on Russian soil. First, it had been Byzantium and the Christianity it brought to Rus’ and then, Western Europe, with its sciences and also the common political space which Russia only finally joined after Peter the Great. It was in the 19th century, according to Klyuchevsky, that Russia had started wondering about belonging to Europe, while forgetting its Eastern bearings. And the idea of Russia’s European character had become firmly established when a German by birth - Catherine the Great - had reigned for decades.

“Historically, Russia is not of course Asia, but geographically it is not Europe either. It is a transitional country, an intermediary between two worlds. Its culture has inseparably tied it to Europe; but nature has imposed peculiarities and influences on it that have always drawn it towards Asia or drawn Asia into Russia,” Klyuchevsky wrote in his ‘Course of Russian History’. 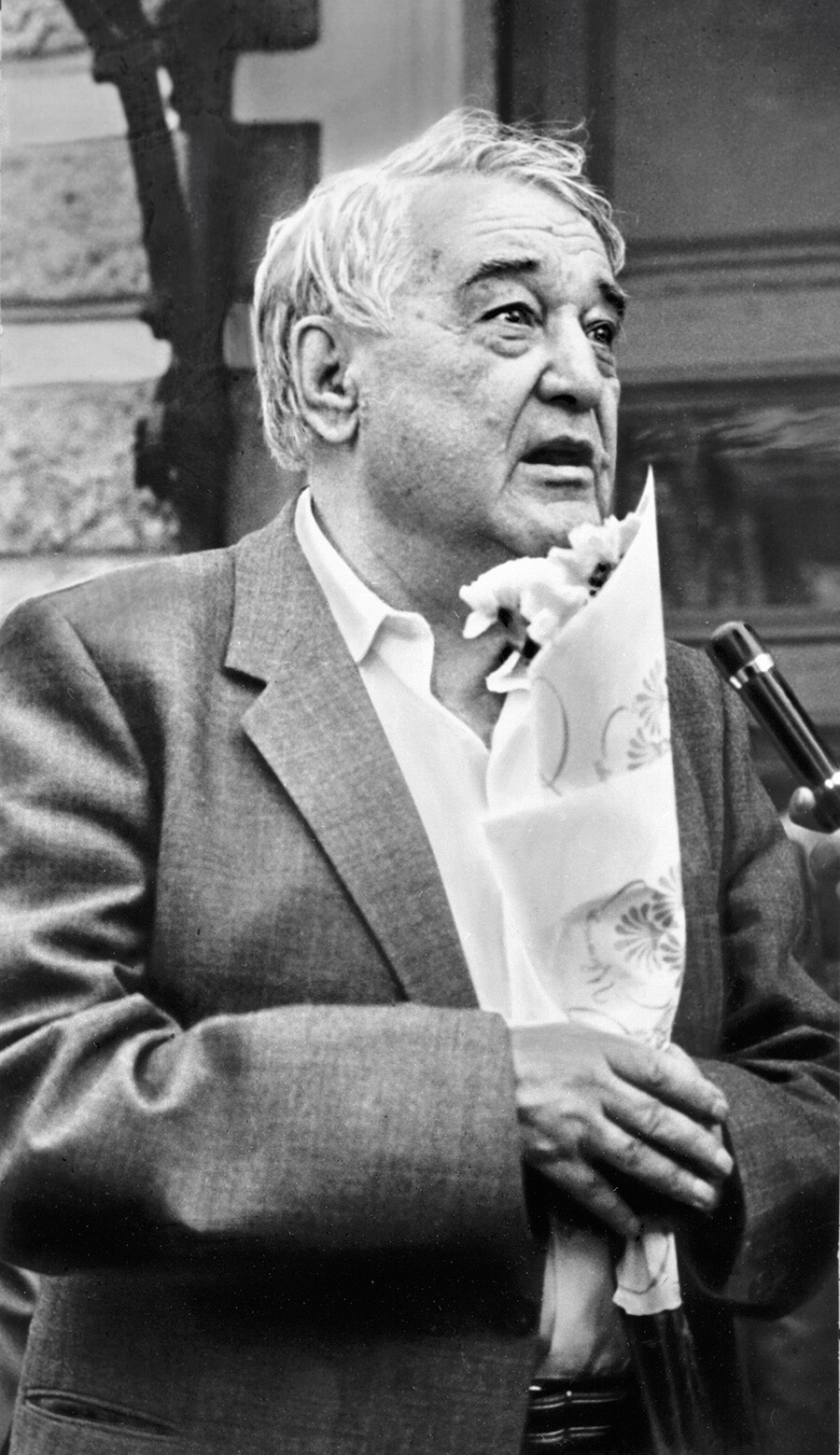 The prominent historian and ethnologist Lev Gumilev (son of famous early 20th century poets Anna Akhmatova and Nikolay Gumilev) is famous for having coined the term “super ethnos” to denote a group that has emerged from a mosaic of ethnic groups within a single region. The Western European Christian world and the Muslim world were super ethnoses of this kind. The Russian people, too, which, until the 18th century, had encompassed other ethnoses with the progressive conquest of Siberia and Central Asia, had emerged as a super ethnos in the course of its historical development. The Russian ethnos was much younger than its Western European counterpart and thus found itself on a slightly lower rung of development - but, according to Gumilev, it was destined soon to experience an upsurge.

Gumilev was an exponent of “Eurasianism” - in other words, he believed that Western European culture was in crisis and that the East would take over its dominant position. The Russian super ethnos, combining European Slavs and the non-Slavic peoples of Asia, would become one of the standard-bearers of the culture of Eurasianism.

Lev Gumilev studied Asia for many years and was enchanted by its culture. “A banal Eurocentrism is sufficient for a layman’s comprehension, but it is unfit for a scientific understanding of the diversity of observable phenomena. After all, to the Chinese or Arabs, Western Europeans appear inadequate,” Gumilev wrote in his book ‘Ethnogenesis and the Biosphere of Earth’.